[Repost, as the original series of posts vanished into Houzz ether. I will have to repost the images later, as my backup copy didn't have those saved.]

Actually, DD has been in Marseille for a few weeks now. She took Air France to Paris, stopping over in NYC for a couple days, then a few hours on the TGV (high speed train) and she was picked up by our “French daughter” Alice at the *gare* and they both stayed with Alice’s mother Martine for the next week.

DD immediately started looking for an apartment, and this turned out to be difficult. You see, while there are many apartments listed online, none of the rental agencies will consider a young person with a CDD. That is “Contrat Duree Determine” (sorry, no accents available here) or limited duration work contract, in her case for the school year. So she had to search for the apartments being rented out by individual owners. Most of them were also disinterested, since re-renting an apartment in a year is a hassle and costly. Even offering to pay many months‘ rent upfront, or pay more than the advertised price, brought no *oui’s.*

Poor DD went to see dozens of apartments, to no avail. She sometimes brought Alice, or Martine, as a sort of local reference, with no effect. We'd thought an apartment would be found while Alice was still there helping, but Alice returned to her job in Brussels and DD was still camped out in Alice's childhood bedroom at Martine's home. It looked like DD would have spend the school year moving between AirBnBs, which would be unpleasant and expensive, or stay with Martine the whole year, which would cramp someone’s style.

Meanwhile, she was making progress on other fronts. She found a bank willing to open an account for her, without which she wouldn’t get paid, and met other young people both in and out of the TAPIF (teaching languages in French public schools) program. Martine’s partner loaned her a bicycle and they all took long bike rides around Marseille and to the beaches south. They went out and had lots of tasty food and drinks - never fear, I have photos. But her houseless condition was something she just couldn’t get away from, and the first day of her school job loomed heavy.

One day, they rode their bikes to look at a studio not far from Martine’s home. DD and Martine went up to see the apartment and talk with the owner. Martine rushed downstairs to her partner, who was watching the bikes, and told him to quickly go up and see the place.

The studio was cute enough, the kitchen decent, the owner very nice, and DD was making a good impression. But the reason Martine’s partner got ordered to run upstairs is because his name is Chinese and the studio’s owner was Chinese and yup, the time had come to play the Asian card. I mean, DD is already half-Chinese but let’s play the whole deck, she’s been looking for three weeks with not a nibble. Or so I gathered was the idea.

After DD got selected for the apartment, I told her about how SWMBO and I had looked for an apartment for a full month when we moved to Berkeley for my MBA program in 1999. Every apartment was mobbed, people were offering a full year’s rent upfront, SWMBO and little toddler DD were living with my dad 90 minutes away and I was living in a nasty motel in the seedy part of Berkeley.

One day we went to see a beautiful place, the entire upstairs of a classic 1920s wood shingle duplex in the super-desirable North Berkeley Gourmet Ghetto area. It was mobbed too, crammed full of desperate people waving checks and resumes at the owner. SWMBO took DD to the garden so she wouldn’t be trampled and to enjoy a few minutes in this perfect place that we wouldn’t get.

The owner left the clamoring crowd, came to the garden and found DD. She was a Chinese lady, married but childless, and she was so excited to see this little Chinese girl in her garden. We got the place and the lady and her husband are today some of our oldest friends, though they live in Melbourne now. So, the Asian card can work, as can the cute toddler card, and sometimes you just get desperate enough to play them :-)

DD signed the lease today. Neither the owner nor DD understand French legalese well so the owner’s little sister, who lives across the hall and has learned more French than her older sister, helped them out. DD moves in later this month, and I think it has all worked out well. I don’t have photos of the place but maybe I’ll get some later.

Here is a little of what DD has been eating in Marseille. In her words, but I may well have mixed up some of the photos.

Oh, exciting news - we have been invited back to Carpentras for the holidays.

Alain passed away, Dominique is remodeling the 1850s farmhouse (may be installing a Tesla charger!) and had dinner with DD, she's doing as well as she can. So we have to go. Looking at airfares now.

No cooking from me. Just not in the mood, and my gallbladder is acting up again, worse than ever, which has me actually afraid to eat. Anything. I am trying to get it addressed, preferably with "extreme prejudice", before the holidays.

But I did saw a bunch of holes in my kitchen and install this, for when I do cook seriously again

[Another image to be reposted later] 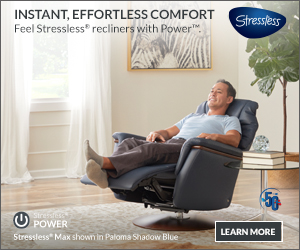