Tell me your thoughts on this please.

My grandparents have 2 children (my mom and uncle), 7 grandchildren and 2 great-grandchildren.

My grandma has 3 nieces whom they are very close to. One of those nieces got pregnant when she was 14 (back in the late 1960s) and gave birth to a daughter, whom she was forced to give up for adoption.

I will call that daughter *Jane.* Jane was adopted by loving parents and grew up in a normal, nuclear family with an older (also adopted) brother. At age 20, she did a search and found her birth-mother, my grandparents' niece.

She and her birthmom have a FABULOUS friendship, and are extremely close. They celebrate Mother's Day together with Jane's adoptive mother, sometimes vacation together, etc. Jane is now married and has a son and he calls both of his grandmas "grandma."

Let me just prefice this with saying--I am not a huge fan of Jane and her DH. They are nice enough, but they are seriously two of THE most self-absorbed people I have ever met. The type that bring a PHOTO ALBUM of pics of their son to pass around a party. The type that go on and on and on about wonderful and precocious and charming and hilarious ETC their child is, and just assume that EVERYONE ELSE is just as enchanted with him as they are.

I went to Jane's first wedding to her previous DH, then to her second wedding with her current DH, to her baby shower and I have been to 3 of her son's 5 birthday parties.

I invited Jane and her DH to my wedding and they did not respond, send a gift or anything. RUDE. EVERYONE else in the family either was there or RSVPd. I invited their son (who my DD really likes) to DD's bday party last weekend and they said they didn't know if he could make it but would let me know. They never did.

Anyway, it is not just me---they are just like this. People just shrug and say "oh, that's how they are." Yet they expect EVERYONE to attend ANYTHING they throw for themselves or their son.

And they suck up to my grandparents like you would NOT believe. (My grandparents are extremely wealthy, and youjust cannot tell me that's not at the bakc of Jane and her DH's minds.)

ANYWAY---they are expecting another baby and recently found out it's a girl. And they announced that the baby will be named ADELINE, after my grandmother, Jessica's great-aunt.

The kicker is---my cousin and his wife are really upset! My cousin, who is the ELDEST GRANDCHILD of Adeline, I might add) has wanted to use that name for his daughter since he was a child.

He and his wife have been married for 6 years, are both finally finished with grad school, and are beginning to think about starting their family.

Anyway, I heard from them over the weekend how upset they are over this name issue. I just personally feel like something should be said to Jane & her DH. UGH. I don't know. I know they are entitled to name their child after anyone they wish to, but still...it seems ODD to me that with Jane's mom and birthmom and adotpive grandmothers both alive, that she would choose to name her child after her great-aunt, whom she did not even KNOW until she was 20 years old. (She is now 36.)

And then there is my cousin, 30, the FIRSTBORN GRANDCHILD a nd he feels he cannot use our grandma's name now. :(

What do you think? Should something be delicately mentioned to Jane and her DH, just a casual "oh, what a beautiful name, did you know A & his wife were hoping to use that?"

Or leave it alone?

DECORATING GUIDESReboot Your Child’s Room for Back-to-School Time
By Laura Gaskill
Give a preschooler to teen a room that’s more age appropriate, fun or to their taste
Full Story
44

KIDS’ SPACESA Child's Playhouse Brings the Circus to Town
By Jenny Drew
A grandfather set out to build a traditional caravan for his granddaughter to play in. Then his project took a whimsical turn
Full Story
42

HOUZZ TOURSHouzz Tour: A New Shower Leads to a Whole-House Remodel
By John Hill
Cohesion is the new name of the game for this transformed Arizona home, a dramatic departure from its former awkwardness
Full Story
36

WORKING WITH PROSInside Houzz: What You Can Learn From a Houzz Photo
By Houzz
Get access to the designer's info, product names, other photos in the project and much more by clicking on a Houzz image
Full Story
41

FUN HOUZZIn Praise of Silliness
By Fred Albert
These 16 distinctive spaces are seriously fun. See if any encourage your inner child to break free
Full Story
137 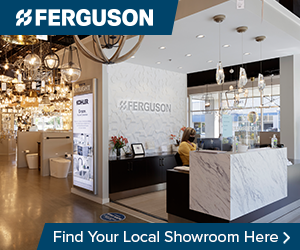 More Discussions
Am I wrong not wanting to attend my step son’s birthday?
3