We have just built a new house in an established neighborhood, and unfortunately the developer had to remove many of the large shade trees that were on the property (they would not have survived). I was working with the local arborist, and we had planned to plant a sugar maple in the front yard as part of the neighborhood tree program, but there were concerns that it may have been too large for the space (about a 50x50 yard) which has some underground power lines about 15 feet from the planting site.

I liked the idea of having the sugar maple, as the color (lighter green and fall interest) matched our house and it would give us some nice shade eventually in the front lawn (which is in the sun most of the day). I'm now looking for alternatives.

I though to plant a Norway Maple because of the foliage, size and spread, until I discovered it was invasive, created a very dense shade, and had a problematic root system.

Overall, we are looking for a decidious tree that will grow 40-50 feet with a 25-30 foot spread, giving us some nice dappled shade but that preferably won't have a crazy root system that will make it impossible to keep grass growing or will interfere with the house/car port (25 feet away) nor be invasive. Ideally I'd love something edible - been trying to replace all ornamental-only trees with edibles. I've got a juneberry and a serviceberry currently planted at the extreme corners of the lot, with a bare-root paw paw I planted this spring (which never leafed out) toward on one of the other corners. This tree would be planted right in the middle of the yard.

Some of the things we've ruled out are anything that has spines or spiny fruit. I would love to have something with either a light green or burgundy colored leaves - just as it would give us a nice contrast to our "very" blue house.

Thanks in advance - looking forward to some thoughts.

Not as tall as you'd like, but 'Forest Pansy' redbud would have a nice spread and burgundy leaves.

River birch has been popular (Betula nigra) for form and growth (quick) but I am not sure how the root system behaves so please research that aspect of it.

For fruit, you might consider red mulberry (Morus rubra) - it was commonly found in Virginia when colonists arrived and was used by native americans.

I have a red mulberry in my yard, and I love it, but so do the birds, with resultant purple bird poop EVERYWHERE. I don't mind it in my back yard, but if you've got sidewalks, it might be an issue.

Look into the American persimmon. The fruits are very sweet and tasty when ripe and wildlife love them.

Unfortunately, like most fruit trees they can be messy.

Thanks for the follow ups. Local nursery also warned against the Mulberry for that same reason. I think I'm looking at a Black Gum, fruitless Sweet Gum, Thornless/Seedless Honey Locust and the Sugar Maple again. Any thoughts on these particularly?

Black gum is very nice - they have cultivars now with improved fall color (I saw a screaming red one last fall).

River birch (betula nigra) is a nice native tree with apricot colored bark in its early years that tolerates heat and humidity well.

Pecan trees are nice, but probably get too large for what you describe --worth a look, though.

I absolutely love Sugar maple, it's my favorite tree. Nothing else has as nice fall color. It does have shallow roots, though - grass will definitely be thin under it.

You could try Chalk bark maple, Acer Leucoderme, which is supposed to be a nice, smaller, sugar maple type tree. It matures at 20 feet high by 25 feet spread - Supposedly better for small lots and urban areas - You could also look into smaller sugar maple selections.

Two trees jump out, river birch and elm, not princeton but the drake elm. Trees like water. I have a 4 year old river birch as big as a basket ball 50 feet tall. Lots of water!

Like Save     August 7, 2012 at 1:56PM
Browse Gardening and Landscaping Stories on Houzz See all Stories

Landscape Design 7 Great Trees for Summer Shade and Fall Color
By Tiffany Carboni
These landscape-pro faves straddle the seasons beautifully. Could one enhance your own yard?
Full Story 66

Gardening Guides Shades of Vegetable Gardens: Growing Edibles in Less Sun
By Steve Asbell
See how one gardener produces a veritable feast of vegetables and herbs under a canopy of shade
Full Story 10

Rip out your lawn for nature.
98
Online/Catalog Retailers - who's good, who to avoid?
19
Asclepias incarnata
4
Has Anyone Successfully Transplanted Sasafrass?
18
Any luck with Pyrolas
2
Browse Outdoor Photos on Houzz 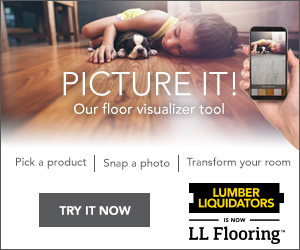