I was planning my first pear pie, and looked at some recipes to make sure there weren't any special handling instructions. When I saw Sally's Baking Addiction, I thought I should try hers. Well, not exactly. I made a variation. I've been trying to make prettier pies, and I loved the look of Sally's tartan. i decided to try her crust because she made it sound good, and she had the combo of butter and shortening, and the vodka, both of which I've tried but not together or in a specific recipe. My go-to Is flour, butter, salt and ice water. No vodka in the house, though, and I had the right amount of bourbon left in a small vessel from another dish, so I used that. For the filling, I did my own thing. Slices rather than bits of pear, with ginger, and just a drizzle of the caramel sauce. I probably should have used more, but didn't want that much sugar.

My usual lattices might be wiggly, but I've never had breakage issues before. Sally's dough rolls well, and cuts easily with a marshmallow wheel and a straight edge (I used my rolling pin).I have a really big offset spatula, which helps with the lifting. As soon as I put the strips down on the pie, though, they started breaking. I didn't want to reroll, hence the seasonal plan to make zombie flesh. ;)

Here's the impotant thing though: While I did use Sally's recipe for the caramel sauce, I don't much like salted caramel. And I never go wrong with the ”feed ’em what you'd want to eat rule.” I only used 1/3 of the salt (originally 1 tsp.) and added about 1/8 tsp. ground cloves and a generous 1/4 tsp. ground cardamom. Toe curlingly good! SO so good!

A sample of the crust tells me it really is very flaky, but even with the butter partner, I can taste the shortening, and I don't like it. I'll keep the recipe for when I want the texture, but I'm going back to my T&T all butter.

FUN HOUZZ31 True Tales of Remodeling Gone Wild
By Mitchell Parker
Drugs, sex, excess — the home design industry is rife with stories that will blow your mind, or at least leave you scratching your head
Full Story
258

Houzz Call: Show Us Your Halloween-Themed Entryway
By Becky Harris
Fright fest or full of friendly ghosts, your decorated entryway could be featured on the Houzz homepage
Full Story
56

HOUZZ TOURSHouzz Tour: From Shocker to Stunner in Houston
By Mitchell Parker
Once moldy and decrepit, this 1920s bungalow is now a neighborhood gem
Full Story
235

EXTERIORSHome Noir: Black Exteriors Emerge From the Shadows
By Mary Jo Bowling
People are darkening their doorsteps more and more around the U.S. — but is the trend a bright idea?
Full Story
76 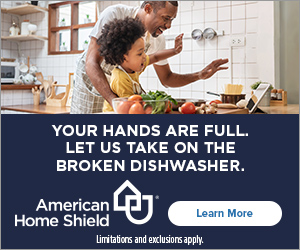