do you make spring rolls

Last week I bought some rice paper wrappers and decided to try my hand at making some spring rolls and peanut sauce. There are so many things that can be rolled up in a rice wrapper.

So, there I am with an array of things that I pulled from the fridge and I started rolling.

I am so bad at this! Anything that I make that is rolled up ends up looking either like something that came out of the back end of my son's beagle after eating the week old burger in the bag at the rest stop along the highway, complete with the napkins, or, it looks like some prehistoric form of sea life that was too ugly for nature to promote .

I give up and wil stop creating these powerfully repugnant looking creatures.

But what really surprised me was how over rated these rice papers are. They had all the appeal of wrapping your food in natural skin condoms. Seriously, that is the way they presented, as thin sticky pieces of tough and chewy skin of some nature.

I dont get it . Coupled with the fact that mine looked like something left on the ground by Rocky, the Beagle after his fine dining experience at the rest stop and I just have to let it go and go on to prepare something that I find more appealing.

I have never disliked spring rolls that I have had out, but, in retrospect I have never come away from the table wishing I had more of them. They are also messy to eat when you bite into it and it all comes apart and ends up on the plate anyway.

I like a filled noodle such as a dumpling much better than a rice wrapper. Mine are not pretty, but they sure are delicous!

I tried frying a couple of the unfilled rice wrappers as seen on the internet . It was more interesting than the rolled wraps, but of no real culinary advantage. Nix that one! They fry instantly, literally, in one second! But, they look and taste like a piece of fried plastic. They look like one of those oddities that an artistic chef might use to plate a fancy meal, but with not much other advantage.

Sure that a plate of spring rolls looks interesting. But, I concluded that they look and behave like natural skin condoms and I can do without that. I dont care what you put inside of those things or how pretty it is decorated, there is no point in it and you could almost choke on the toughness of them if you get a bite that is more than one thickness of the wrapper.

I have come to the conclusion that many of the things that require all of that labor of wrapping and such are often much more effort than they are worth. I feel the same way about cabbage rolls. I would rather have the elements served as a nice presentation on the plate.

If there is some culinary advantage to wrapping a food in a wrapper, that is good. One example might be tamales.

The peanut sauce is good, but very rich. Hubs went to have some for lunch the next day and he poured the sauce over the rolls on his place as if it were gravy! I had to remind him that it was for dipping, not dousing. Those wrappers get more tough as they sit, and they taste like nothing.

I dont get the appeal other than the fact that it looks pretty and you can eat it with your hands.

What are your experiences with rice wrappers? I dont think that I will ever be inspired by them again.

So tough and chewy! No.

I love rice but find that rice does not translate well into anything other than a nice warm rice dish. When rice gets cold it takes on an unpleasant texture that is somewhat plastic like and hard. When it is warm it can be soft and starchy and meld well with other things.

GARDENING AND LANDSCAPINGSpring Forward! Making the Most of Evening Sunlight
By Lily Gahagan
Embrace the extra hour of sun that daylight saving time brings
Full Story
5

LIFESpring-Clean! And 7 More Ways to Make the Most of This Weekend
By Laura Gaskill
It’s time to clear out a closet, get ready for celebrations and, in some areas, get out the grill
Full Story
4

FEEL-GOOD HOMEPrepare for Spring! 6 Ways to Make the Most of the Coming Weekend
By Laura Gaskill
Bring some greenery into the house, give your bedroom a refresh and stretch your legs with a brisk walk
Full Story
12

ORGANIZINGDIY: See How to Make a Rolling Vintage Storage Crate
By Jen L'Italien
Corral those bottles of lotions and creams in wheeled cubbie for under the sink
Full Story
3

LIFESpring Forward! 7 Ways to Make the Most of This Weekend
By Laura Gaskill
Wild birds, Pi Day or an extra hour of daylight in the evening — which of these pre-spring pleasures tops your list?
Full Story
15 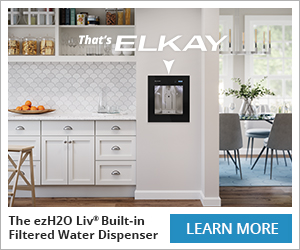 Swapping vegetables for cookware
22
How do I make this recipe into cookie bars?
10

Speaking of sources....
7
Anyone have a pear ginger muffin recipe they like?
4