The names of certain foods that turn people off

My husband is really bad for this. After 40 years of marriage, I’m just starting to realize that some of the thing he says he hates are because he won’t try it because of the name. Squash, gumbo, goat cheese for a few examples. He also wouldn’t go to a very good chain of restaurants that used to be called Joey Tomatoes. i finally found out that it had tomatoes in the name and that turned him off. Another issue, he hated tomatoes, until I found out it was because he didn’t like cooked tomatoes or onions because his Mom didn’t chop them up well and the onions were according to him great slimy worms of crunchy stuff. My Mom is really bad for this too.

Email
SaveComment33Like1
Comments (33)
Thank you for reporting this comment. Undo

Grits. DH won't even try them due to the name. Maybe I should just call it polenta and see what happens.

My DH hated squash because of the name...Finally talked him out of that!!
I hated squash because my mother would peel and cube a butternut squash ( or a hubbard) and boil it and mash it.....and it was watery and tasteless. When I got my own kitchen i learned about roasting squash.
And then there are snails...er...ah...escargot.
When my grand son was little we called asparagus "icky green snakes" and you held it up with your fingers, bit the head off and proceeded to eat the rest like a real super hero!
"What's in a name? a rose by any other name would smell as sweet"...but not really!

Not a food, but a fast food chain - Jimmy Johns - the sub chain. I always think of this first...

I'm not personally scared off by a food name (except Balut after trying it once).

But some of the food products on this list would definitely make me pause!

Anyone want a Pee cola or a nice piece of Plopp?

So funny. In England we have 2 types ofmsuet puddings with funny names. One is suet pastry, spread with red jam, rolled and steamed. It's called nun's legs as the pastry stays pale and the jam looks like blood.

Another is spotted dick.....suet dotted with currants......

The French have some corkers. Le puant de Lille, translates as the stinker of Lille is a particularly stinky cheese, always kept under a cloche.

Maybe blood sausage but that's a turnoff to me in name and everything else.

There's a Polish stew that my MIL called "Fass" or "Frass". (I'm sure the spelling is wrong.) As I recall it is made with pork and prunes and other things. The name conjures up worm castings, but after seeing what it looks like one time, you couldn't pay me enough to consume even one bite.

I don't think the name only, given real food rather than noxious concoctions made and named to be gross by giggly little boys, has put me off, but ptcha, which seems to be the sound you make when you spit it out, comes close.

Headcheese, lol. my header did not even give me puke smileys. It is just a version of bologna. But I don't like bologna. So a no-go.

We are both so cool about everything. Balut can be experienced in various stages. Young, less crunchy, different weeks, leading up to almost chicks. Not interested.

Uni I love. Straight from the waters. My neighbor commercial fisherman call them "whores eggs", lol. When I pull out my pocket knife....they go green.

Scrapple I dream about. Childhood. Scrap-pig. Best to avoid but I make a less fat heavy version. Polenta with a pork/cornmeal essence.

My husband hated squash - anything called squash. I finally realized I could just call it zucchini and he'd eat it. Same with Delicata. I just lopped off the squash at the end and he was fine with it.

I think eggplant is another name that turns people off.

A good friend of mine is grossed out by blood oranges.

Haggis does not sound like a good name for food, and I am also turned off by tongue, gizzard, mincemeat pie, pigs' feet, sand cookies (I do not like sand in my mouth), dirt pie, Schildkrötensuppe, Speck, bubble & squeak, black pudding, toad in the hole, bangers & mash, spotted dick, Rocky Mountain oysters (Oysters should come from the sea - not mountains), etc.

These are all things I would not order from a menu.

Olychick, I have to admit I was kind of freaked out when I read about "vegetable marrows" in a book, when I was a kid, but was much reassured to know that they were just squash. ;) And the word "aubergine" is as pretty as the color. :)

There are definitely some foods that turn me off.......but it has nothing to do with their names! I could care less what they are called - it's the taste or texture that puts me off. And at least I have been bold or brave enough to try them before dismissing them as something to avoid.

But having said that, I would steer clear of bragu's menu items on general principals.....no tasting required :-))

The names of things don't usually put me off, although it sometimes makes me smile.

I'm definitely not going to eat balut, not because of the name but because I know what it is. I won't eat lutefisk either, but because it's just terrible, not because of the name. Headcheese has a terrible gelatinous texture, so it's off the list too. Elery was involved in a Facebook discussion a few days ago about pickled pig lips. Personally, it's just another "part" to me and I don't see how it's any worse than using chicken feet or oxtail in soup.

Jack's list made me laugh out loud. I'd definitely try the soup for sluts, and there are a couple of other things that I'd try just so I could say I did, like a nice warm cup of Urinal. (grin)

I have never, ever tasted brains.....I just couldn't.

A name on a food has never kept me away from it.

I also don't get why some people can't stand the word, "moist".

OTOH, I do have recipes for things like Green Mold, and OD Sludge. :) And there's the old camp drink, Bug Juice...

Well if we are talking about names for things....there is that old favorite college kid punch called "Purple Jesus" and that lovely orange juice, cranberry juice vodka drink called "Sex on the Beach"....and the old nick name for creamed chipped beef on toast...SOS.....and you know what that means!!

And then there is sweet breads.....which is neither sweet nor bread!

Along with spotted dick and head cheese, there's pickled herring and pickled pig's feet. Both things my parents loved but neither my sister nor I could get over the names.

lol at "les pets de Nonnes avec la confiture gratte cul". I had to look that one up to see a recipe -- and that is definitely more colorful that fried puffs with rose hip jam. There is a swiss chard gnocci (in a longer, lumpier shape) in Nice called "merda de can"/"crottes de chien" (dog poop, in a less vulgar translation).

I think a generation of moms committed great crimes against squash. That word aversion is so strong.

I am always turned off by the words "stinky tofu". In this case, it is just descriptive.

'Mouth Feel'. 😂 Not a food but descriptive and odd. Maybe just overused a few years ago...a bit like 'foodie'. But how should an advanced palate with passion describe themselves, ?. I don't find it arrogant at all, ...just a curious exploration of the flavors we have access to.

'Prune' is odd. My mother had a cardboard container of prunes and canned olives we would never touch as kids. My older sister would take the RaisinBran to bed late at night and pick out all the raisins. (kids drive parents crazy with obsessions)

A local polish bakery has dark chocolate covered prunes I am obsessed. Not much different than a raisin. (dried fruits) ...good chocolate.

Sweetbread...blech! It sounds like it would be a wonderful pastry. It will never again cross my lips.

LOL, RR, definitely NOT a wonderful pastry. Or a wonderful anything at all, for that matter. I'm with you, I've eaten sweetbreads but I'm never going to do that voluntarily again!

My mother loved sweetbreads, and would often order then when eating somewhere that offered them...I couldn't bare to even taste.
But I love shad roe and that turns people off.
Then there are the attempts to "sugar coat" what some things are....like Rocky Mountain Oysters or Turkey Toms.

Love sweetbreads. Mum used to breadcrumb them and fry til crispy. Yum.

My son and his new girlfriend went to a fine dining restaurant a few years ago and ordered sweetbreads thinking it was like Indian Fry Bread, I guess. Boy, were they surprised.

Sweetbreads look wonderful! But, yeah, umm, the bite I took was like sandpaper and I don't even know what it tasted like because it didn't last very long in my mouth.

Sweetbreads are nothing like sandpaper if properly prepared! I love them and wish I could find more!

Like Save     February 16, 2021 at 1:01AM
Browse Gardening and Landscaping Stories on Houzz See all Stories

Life Turn Off the Video Games and Turn On Your Kid's Creativity
By Alison Hodgson
Going nuts planning summer activities? Kids overdosing on screen time? It may be time to foster more self-directed play
Full Story 57

Life Slow Living 101: Tips for Turning Off the Chaos
By Laura Gaskill
It may feel as though you're too busy to slow down and enjoy life. But even little changes can have a big effect
Full Story 129

Apartments My Houzz: London Living for an Architect-Turned-Food Stylist
By Giulia Zappa
We tour this unconventional designer’s apartment and find out why she loves her home kitchen
Full Story 13 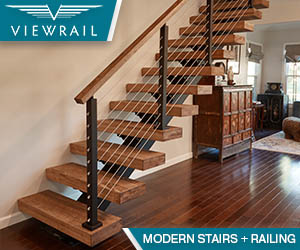 Great Deal On A Digital Thermometer
6
Bread pudding
5
Wow - I got my user name back! Now I want to post photos
9
your best cooked cabbage recipe
21
Browse Outdoor Photos on Houzz

Smith & Noble
359 Reviews
Your Leading National Source for Custom Window Treatments
With quality custom window treatments and the best window treatment designers in Long Island, we have you and... Read More