I have kidney failure and get dialysis thee mornings a week at 5 am. . We had 14 inches of snow yesterday, and I last shovelled about 3 pm yesterday. I woke at four am to find my car covered with snow in the driveway and my driveway plowed in by the very kind snowplow driver. I tried to warm it up but time was passing. Went inside, phoned three taxi companies, plus an ambulette service. All closed or refused to come out in the bad weather. So I remembered someone at the hospital telling me to call the Fire Dept. I did not call 911. I called a direct line to my local volunteer FD. He took my info and said he'd send an ambulance to transport me to the hospital. A police car showed up first, when he saw I could move around and walk, he told me, go shovel your car out, I'm not taking you. Five minutes later the ambulance came, the two EMTs also told me "This is not an emergency. Don't call us again". But they grudgingly game me a ride. They left me at the Emergency Entrance of the hospital, not anywhere near the Dialysis Unit. I found my way to Dialysis, they told me I did the right thing, this is an emergency in their opinion. So I had my treatment. Time to go home, at 9 am I called 2 taxi companies, the second said he would send a car in 45 minutes. Went to the cafeteria for a cup of coffee, then waited and the cab finally showed up. Gratefiul for the ride home, I gave the driver $20 for a $12 fare. Now I'm home and I still have to dig out that silly car in my driveway. I'm gonna take it easy and start to dig out at noon. Hope your morning is better than mine!

LIFELate Again? Eliminate the Things Holding You Up in the Morning
By Emily Hutchinson
If you find yourself constantly running late for appointments, work and get-togethers, these tips could help
Full Story
91

BATHROOM DESIGNRoom of the Day: A Closet Helps a Master Bathroom Grow
By Annie Thornton
Dividing a master bath between two rooms conquers morning congestion and lack of storage in a century-old Minneapolis home
Full Story
22

MOST POPULAR5 Common Bathroom Design Mistakes to Avoid
By Dylan Chappell Architects
Get your bath right for the long haul by dodging these blunders in toilet placement, shower type and more
Full Story
467 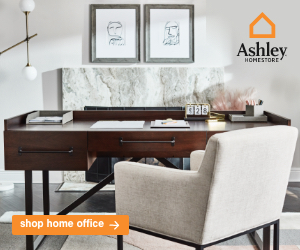 My inspirational post for the day......with Photos as requested
20
Wednesday's Trivia Quiz
10
Any ideas for a burnt-on mess?
16