I have purchased two paintings in the last two weeks and both have had shipping issues. One has already refunded me the money and the other is "waiting a day or two to see if it is found by UPS"

Is this some sort of scam or do I just have bad luck? I really liked both of them and it took me a long time to find the 2nd one to put over my buffet in the entry. :(

Chairish is super expensive for delivery so I went to Ebay to see how that was as I haven't used it in awhile.

DECLUTTERINGDownsizing Help: How to Get Rid of Your Extra Stuff
By Becky Dietrich, Interior Designer
Sell, consign, donate? We walk you through the options so you can sail through scaling down
Full Story
77

BUDGET DECORATING14 Ways to Make More Money at a Yard Sale — and Have Fun Too
By Laura Gaskill
Maximize profits and have a ball selling your old stuff, with these tips to help you plan, advertise and style your yard sale effectively
Full Story
125

ANTIQUESMust-Know Furniture: The Hoosier Cabinet
By Karen Egly-Thompson
This freestanding cabinet handled all the kitchen bustle in the early 20th century, earning it the motto ‘Hoosier saves steps’
Full Story
150

ORGANIZINGHow Much Stuff Is Enough?
By Laura Gaskill
Play the numbers game to streamline your belongings, for a neater home and a less-stressed you
Full Story
254

LIFEMake Money From Your Home While You're Away
By Laura Gaskill
New services are making occasionally renting your home easier than ever. Here's what you need to know
Full Story
29

HOME OFFICESThe 20 Most Popular Home Office Photos of 2015
By Becky Harris
Technology paves the way for space-saving work areas, while designers make up for small sizes with style
Full Story
86 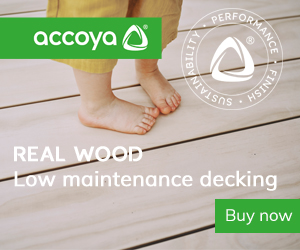 help me find shoes like this?
23
Medicare Advantage pros and cons
44
Need to overnight a package, which carrier do you use?
11
Utilitarian kitchen $7M
36
Paul Trousdale's (developer) own house, designed by John Elgin Woolf
3