hi, just got married at 42, my husbands 2nd my first...and its been great even though there were children from his first marriage in their 20s.

my relationship with his daughter went into a downwards spiral once i saw his behavior changed around her - he became different - and would completely blindside me by changing decisions or viewpoints on things in her presence ... as a result of this - i happened to tell her to grow up as she was throwing a tantrum about not wanting her father to get married again etc. etc. and i just had enough of the drama...and now she doesnt want to have anything to do with me - which is actually a HUGE relief for me...

i have been researching this to understand why his behavior changed as it affected how i related to her and i started to feel resentment towards her ...so any suggestions or insights would be greatly welcome...

Email
SaveComment8Like
Comments (8)
Thank you for reporting this comment. Undo

Let's say two friends are having a conversation, and a third friend joins them. Even if the subject of the conversation doesn't change, the things said or the way they are said will change. Now make those people relatives with difficult histories.

We all have emotions, resentments and biases. Some people are forceful, others are reserved. Some have more empathy or patience. Your husband and his daughter may have a relationship that favors her opinions over his. Relationships are never entirely equal. The best ones are where both parties get what they need the most.

It's obvious that his daughter was holding out hope that her dad and mom would reconcile. You are the obvious obstruction, so you are the problem. You are not going to change her opinion on the issue any time soon. The danger for you is whether the situation sours his affection for you.

If you can't say anything nice about this daughter, don't say anything at all. Her staying away may be a relief for you, but it could be painful for her father. You may have to allow him time with his daughter without you present. She will have his grandchildren, and they will be important to him. You should concentrate on making his life with you special in its own way. Take the high road and be tolerant of perceived slights that don't directly undercut your marriage. If you have such an issue discuss it with your husband not his daughter.

yes slyvia - i get that but i was hoping for insights from someone who might have experienced the same thing ...i.e the psychology behind it. he has no clue which is why i turned to this forum for help to understand and better deal with things...

The bottom line is that we are not psychologists, and a psychologist would never diagnose the actions of someone they did not know. You might as well pose your question on a Dear Abby type forum. Opinions are all you will get here and there.

I can’t comment as I can’t understand what it is you mean when you say your husband’s behaviour changes. Could you please give an example of what you mean? It doesn’t have to be an actual occurrence, just make up a story that illustrates your point.

Eg “SD wanted to borrow $1000 to buy a car. DH had said Yes but he knew I wasn’t happy about that as we had already paid for her first car which she lent to a friend who wrecked it drink-driving. Then SD came around asking again and DH said he’d changed his mind and would not lend the money. He was looking at me as he said it so SD blames me for his change of mind.”

i deleted this thread because i seem to be getting misunderstood and being told to speak to psychologists etc...from very helpful souls - or being told to take the matter up with my husband... this apparent lack of support has disgusted me on this forum - so i am not interested in explaining anything anymore colleen. thank you for being so supportive and helpful - i wish YOU sylvia and mindshift all the best and hope you dont have supportive friends and family members like yourselves as it would give cause to commit suicide.

Sorry, if my message sounded unhelpful. I did not mean it to sound so. Your husband is the one whose Behavior has changed, He is the only person who can explain it or change it again. Step-daughter actually has little to nothing to do with this.

A 20+ YO should not be throwing a tantrum about not wanting her father to get married again, etc., especially in your presence. Strange how some of these adult children seem to think they should have a say in who, what, when and how one of their parents remarry. Yet, when they were age 15 or so, I'm sure they thought they should be able to date, hang out with whomever they wanted.

Anyway, your husband really should have been the one to handle this with her. He has celebrity bio-dad status. He needs to handle his own children, adult or not, or else they will be inclined to see you as a meddling, interfering be.atch. His monkey, his zoo. Not your monkey, not your zoo.

However, in remarriage situations involving children (yes, even adult children), guilty dad syndrome often prevails. It can depend on how long dad and his kids have lived apart, but not always. Many divorced dads choose to have more of what they see as an "ideal" relationship with their children vs. a real one. Thus, in a way, the father-daughter relationship gets stuck in time, with dad attempting to be the type of super-dad his child always wanted, and his daughter forever being his little-sweets, so to speak.

Now, this may seemingly work for father-daughter, but it is a big pain in the butt for most else, and certainly for a new SO or wife that comes along. Because, what can happen is the father-daughter relationship becomes elevated and twisted to the point that it is almost more like a husband-wife relationship; or, the daughter becomes sort of a mini-wife, doting over dad, scolding him, telling him what to eat, etc.

So, when a new SO comes into the picture, she, very surprisingly, almost finds herself competing with the man's daughter for what should be the one-and-only wife role. The husband or dad rather than realizing he needs to treat his wife like a wife and his daughter like a daughter, can start acting like a wimp and putting his head in the sand, or acting like poor him for having to be in the middle. In reality, he needs to step up to the plate and act like both a real dad and a real husband.

At one time it was probably cute having his daughter doting over him, but this has, more than likely, twisted over time to that point that it will more than likely negatively impact her relationship with men. Time for your husband to grow a pair and treat his daughter like the daughter she is and you, his wife, like the wife you are vs. agreeing with his daughter just to agree with her, and kowtowing to her on other issues, "Just to keep the peace." But, where does this leave you!? He may like to pacify his little-sweets, but you don't, I'm sure. You, want a husband. Work with him on this, and he'll have to deal with his daughter, and not you.

I'd like to thank those of you who were supportive about this issue - and some people were downright nasty and told me to go speak to him -rather than write on this forum - so thank you for being compassionate and NOT being compassionate - it explains why our wold is in the state its in.

The Daughter apologized to me recently about her crap behaviour and my husband apologised as he had finally realised his part in this as well as his behaviour changing. Of course - time will tell as whether he is able to walk the talk and doesnt change around ... so far things have been working out in a positive way...

Kids’ Spaces Kids’ Room Colors and How They Can Affect Behavior
By Summer Baltzer
Find out how different hues can nurture sensitivity, counter restlessness and encourage confidence in children
Full Story 60

Working With an Interior Designer 5 Qualities of a Happy Designer-Client Relationship
By Nicole White
Cultivate trust, flexibility and more during a design project, and it could be the beginning of a beautiful alliance
Full Story 66

Home Tech The Inevitable Future of Drones Around Your Home
By Mitchell Parker
As Google joins the push for airborne deliveries, it seems only a matter of time before neighborhoods are buzzing with drones. Is that OK?
Full Story 175 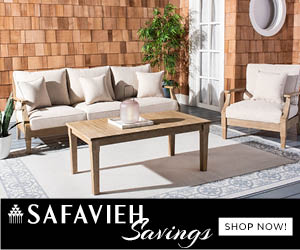