I'm building a new house and I don't like the 2nd story window sizes and sill heights my builder is recommending. He says for double hung windows, the minimum allowable size is 3052 for emergency egress. How do folks get these to work with 8' ceilings? If we use a 6'8" header height that puts the sill at 1'6". I'm more concerned my kids will fall out (or through) the window on a typical day, than I am concerned about a fire. I don't mean to sound like I'm not concerned about emergency egress, I just think a 1'6" sill height on 2-story high window (3-stories on back of house) is too low! What type/size window are you using on your 2nd story? Are you switching to casement windows? Would it look weird if I put double, hung windows on the 1st floor and casement windows on the 2nd floor?

MODERN ARCHITECTUREHouzz Tour: 2 Modern Buildings on an Upscale Farm
By John Hill
Olive trees and acreage provide enviable views, but the architecture is a sight to behold too
Full Story
45

WINDOWSThe Best Uses for a Bay Window
By Liz Miller Interiors
See how to furnish a bay window or merely enjoy the view more, in both casual and formal settings
Full Story
47

WINDOWSThese Windows Let In Light at Floor Height
By Joanna Tovia
Low-set windows may look unusual, but they can be a great way to protect your privacy while letting in daylight
Full Story
35

WINDOWSTransom Windows: Why Use Them — and Where?
By decordemon
See How a Little Extra Glass Lets in Light, Air and Style
Full Story
35

INSIDE HOUZZTell Us Your Houzz Success Story
By Houzz
Have you used the site to connect with professionals, browse photos and more to make your project run smoother? We want to hear your story
Full Story
86

STORAGE2 Weeks + $2,000 = 1 Savvy Storage Shed
By Vanessa Brunner
This homeowner took backyard storage and modern style into his own hands, building a shed with reclaimed redwood and ingenuity
Full Story
41 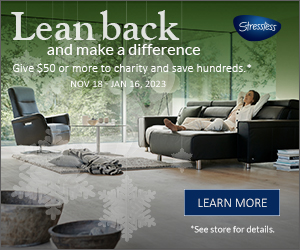 Will our overhangs create dark rooms?
121