My son is getting married out of the U.S. and my husband and I will be hosting the rehearsal dinner. Normally the rehearsal dinner includes out-of-towners, but in a destination wedding, everyone is an out-of-towner. So do we invite everyone, which will probably be about 70 people? Also, I'm responsible for decorating the hotel's (smallish) pool for the wedding...any suggestions for what would be pretty but not too difficult considering I have to either take the decorations with me or pick them up when I get there?

Email
SaveComment14Like
Comments (14)
Thank you for reporting this comment. Undo

I would just do table decoration and candles. Keep it simple. Since it is outside, nature can stand in for decorations.

It certainly would be nice if you hosted the dinner, but I don't know if this is expected. Rehearsal dinner is traditionally for the members/ family in the bridal party.

Will all 70 guests be arriving at the same time?

Thanks for your input. I don't think inviting everyone to the rehearsal dinner is expected but of the 70 or some coming to the wedding, many of which includes the bridal party and relatives, I'd hate to leave out people and have them feel excluded. I'm not sure how many will be there by the time of the rehearsal dinner on Friday night?? That's a good point. The dinner won't be terribly expensive but I think drinks can add up. Maybe give everyone a ticket for one free drink and then additional drinks are the responsibility of the individual?

You don't have to have an open bar with top shelf liquor, but maybe just serve wine instead. You could have a bottle for each table, or have it served by the glass. Hopefully, there is not too much over indulging on liquor at a rehearsal dinner (at least I hope not!) since everyone most likely does not want a hangover on the day of the wedding. A rehearsal dinner is usually just for the bridal party and their immediate family, no need to invite the entire guest list unless you want to. I don't think wedding guests who are not in the bridal party expect to be invited to the rehearsal dinner, and as you say, you don't even know who will be there on Friday anyway.

Having a bottle of wine at each table is a great idea. Maybe I'll do that and then have soda, tea and water. Thanks to both of you for helping me think through this.

While it is certainly true that in many communities, only the bridal party and close family are included in the rehearsal dinner, in others, it is customary to invite people who have traveled from out of town. It is in mine. We call the dinner the night before a "rehearsal dinner," but it rarely has anything to do with a rehearsal. It's usually a much more casual event with everyone who traveled from out of town and usually local family (because many of the out of town guests are family, too)and also very close local friends who helped in major ways (hosting a shower, for example). Because the tone is so different, even if it's almost the whole group, it doesn't feel like two weddings.

As you point out, in a destination wedding, everyone has traveled. And you are talking about international travel. So unless you mean something like 25 miles across the Canadian or Mexican border, your guests are going to be spending some major money and time to attend this wedding. I have to admit that if I were one of your guests and you felt I was inner-circle enough to ask me to go to that much trouble and expense from my end but not inner-circle enough to include me for a meal the night before, I'd find it really strange and frankly rather inhospitable.

Furthermore, you say that "of the 70 or some coming to the wedding, many of which includes the bridal party and relatives, I'd hate to leave out people and have them feel excluded." So how many are you figuring on not including? If you have 70 total and include 45 and exclude 35 the night before, you really have an A and B list situation, in my opinion. I would include everyone even if it were 10 and 60, not 45 and 35, but definitely in the latter situation. I mean, you say you don't want them to "feel excluded" -- well, they ARE being excluded. I don't think you can have it both ways, and you certainly can't prevent them from feeling what they will feel.

Now, your group may find the concept of anyone other than the bridal party being at the rehearsal dinner so foreign that they would be surprised if they were included (although the fact that you are worrying about this makes me suspect that that isn't so certainly the case). Plus, as you note, some may not even be there yet even if they do know they are invited to the rehearsal dinner, too.

As to the liquor, I wouldn't do anything like tickets or a cash bar. Provide only what you can afford and want to provide, but whatever you provide, host with an open hand. Bottles of wine or pitchers of beer or lemonade on the tables is perfectly fine -- you absolutely don't have to have a full bar.

Thanks for your thoughts Gellchom. It's new territory to me so I appreciate input.

You are very welcome. This site is full of helpful people.

It's important to remember that conventions and customs vary among communities. I am sure that the posters who write that only the bridal party are to be included are correct in their communities. But it's the opposite in other communities, and your having written "Normally the rehearsal dinner includes out-of-towners" in your original post makes me think that that is your group's experience as well.

I'm probably a contrarian here, but I remember one destination wedding with so many events:. Rehearsal dinner, ladies lunch, cocktail parties, post wedding brunch-we never got to really enjoy the destination!

Personally I'd feel the same as you, tfitz. I'm a reasonably well functioning adult, I can find my own places to eat in a strange town and I don't really need to be always with the group.

Thank you for your input and a different way of looking at it. I guess either way is ok then. We've decided to go ahead and invite everyone. I think there will be some flying in too late on Friday to attend it and no one is obligated but we will invite them and leave it up to them.

Because one is included in a guest list--mostly to accommodate--not really INVOLVED in the ceremony said guest could say, "No thank-you" and explore to their hearts content.

The wedding was in January and we decided to invite everyone and instead of calling it a rehearsal dinner we made it a welcome dinner. I'm glad we included everyone because I would have felt bad excluding those that came all the way to Puerto Rico for the wedding. With a total of 65 people at the wedding, it was very doable.

For my sister's wedding reception (at our home) we decorated the pool with several 1 foot by 1 foot, unpainted, boards decorated with flowers and candles. The floating boards blew around with the breeze.

I can see it both ways.

If it were a friend's wedding, and I didn't know the others well, I would not feel as if I needed to stick with the group, and I'd know my friend was very busy anyway.

If it's a family wedding, though, I'd be more inclined to stick with the group rather than ignore my relatives in favor of sightseeing or hanging out on a beach with a book -- unless we were doing it together. Just kind of like saying the vacation was more important to me than the family life cycle event. If I were interested in the destination, and the schedule was that packed, I'd stay an extra day or two. In my limited experience with such events, though, the hosts incorporated the cool things about the location into the events.

Like Save     April 18, 2017 at 9:24AM
Browse Gardening and Landscaping Stories on Houzz See all Stories

Weddings How One Couple Got a Perfectly Intimate Backyard Wedding
By Lauren Piasecki
Vintage pieces, natural materials and close family and friends are an ideal combination for a Pittsburgh couple
Full Story 90

Saving Water Houzz Call: Are You Letting Go of Your Lawn?
By Annie Thornton
Many facing a drought are swapping turf for less thirsty plantings. If you’re one of them, we’d like to hear about it
Full Story 121

Dining Rooms My Houzz: From Underused Dining Room to Family Hangout
By Shannon Malone
Even a fireplace didn’t help this dining room’s popularity, until an interior designer stepped in
Full Story 44

Wedding Gifts: Give both wedding & shower gift?
5
What is your opinion on 'Farewell Sparklers'?
28
Son getting married! I want to make favors for the wedding/rehearsal.
22
Do we need a prenup agreement?
9
Looking for a house to have the wedding ceremony
2
Browse Outdoor Photos on Houzz 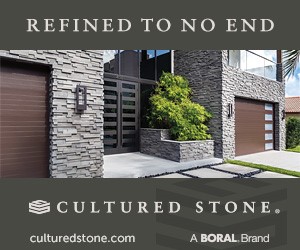