My boyfriends ex is a "control freak". I have always been patient and supportive to him, but this time she crossed the line. My boyfriend received an e-mail from her in the end of December, conserning the Easter vacation, where she announced that he can have their 2 daughters on the second week of school vacation.

Since he is new at his current job, he had to discuss it with his new boss and as it turned out, he could not take so many days off. He wrote back to her that he wants to pick them up earlier and take advantage of public holidays to spend time with them. And the drama begun!

She wrote back a very rude e-mail, telling him that she had already booked for them to go to England with her new boyfriend and that she cannot change the tickets now. She didn't however mention ANYTHING about a trip from the beginning. Given that they have shared custody, isn't she supposed to ASK for his oppinion first? Or at least tell him that she is planning a trip abroad and she wants to book fast (it took him a week to reply)?

He insisted that he cannot do anything about it this time (literally EVERY other time he does whatever she wants) and she started screaming on the phone. She even made HER mom call HIS mom and upset her. And on top, she told the children (4 and 7 years old) that daddy is bad and he doesn't want them to go to England. She also told him that, if he can't take days off and be with them, he should let the children stay at his parents. But isn't the whole point for them to spend some quality time with DAD and not with grandma and grandpa? Isn't it his right to have a word on this?

In my point of view, they need to discuss these kind of things in advance, she can't decide always on her own. Am I right? I feel he has already too few priviledges, to back off and let her do it her way EVERY time. I think he should fight for his time with his children, it is already too few. I feel he should take advantage of every possible day he can spend with them, bond with them, not just being "the wallet".

i am afraid she will always control our lives. Should I tell him my thoughts?

Take your life with your boyfriend as it is now as a warning as to what your marriage will be like for the REST of your life if you marry him.

Wouldn't a divorced parent have to get the other parent's permission to take the children out of the country?

Like Save     January 13, 2014 at 1:18PM
Browse Gardening and Landscaping Stories on Houzz See all Stories

Home Tech The Future of Home Automation: Cheap, Wearable and Mobile!
By Mike Elgan
Look for smart watches and glasses that can control your smart-phone apps, which in turn automate your home equipment
Full Story 45

Stepdaughter problems
2
Stepson's mom just died :( (very long!)
2
Is it okay to just not feel any connection to a step-child?
63
Vent - Invisible Around Child
14
Hard time living with boyfriend and his kids
4
Browse Outdoor Photos on Houzz 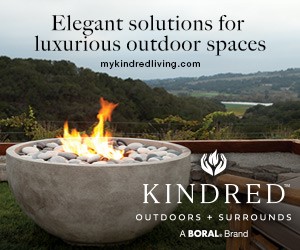