Newly finished floor should feel like sandpaper - Should I worry?

Found this site when trying to figure out whether to believe my floor guy who just refinished my floors. I posted this in remodeling, but since it's in my kitchen, and there seem to be lots of people with site finished hardwood in kitchens, I thought I'd post here too:

We took down a wall between our dining room and kitchen. We had new hardwood installed in our kitchen and they feathered it in with the existing hardwood in our dining room. Now our entire first floor is hardwood. They sanded all of the 1st floor hardwood. Because the original hardwood is 70 yrs. old, they stained the new hardwood to match the old, unstained hardwood (white oak), and now have applied 2 coats of oil based poly on everything. We've been out of the house for 3 nights - Wed. was the stain, let it dry, Thurs - 1st coat of poly, dry, Fri - 2nd coat - dry. It's Saturday morning and we're allowed back into the house. They're planning on doing a final coat of poly once our new island is installed and the painting is finished.

So, I walk into the house this morning and everything looks great. I go over to one area which has the new hardwood, and with the sunlight shining on it, it looks like sandpaper. I run my hand across, it feels like sandpaper. And we're not talking 300 grit, more like 80 grit sandpaper. If you look closely, you can see a couple of short hairs in the poly, in addition to all of the bumps. This one area is the worst part of the house. In some of the other areas, it's a little rough, but nothing like this one section (although I haven't looked closely at the whole floor).

I sent a quick email to the floor guy and he said not to worry, that it all be ok once done the final finish.

Should I worry? Should I get a 2nd opinion? Could it be because the stain wasn't completely dry before they put the first coat on? Or that they didn't remove the dust after sanding a coat and put on another coat? They used one of those dustless machines when they originally sanded, and I was impressed with how little dust was escaping the machine, but I would have thought they still should have removed the dust prior to staining and/or putting on the poly?

Thoughts and suggestions would be most appreciated.

BASEMENTSBasement of the Week: Newly Finished and Open to the Outdoors
By Becky Harris
Relaxing, working, playing ... a New Jersey family can pick their pastime in this industrial-style walk-out leading to a new patio
Full Story
40

BATHROOM DESIGNUpload of the Day: Worry-Free Wood for the Bathroom
By Mitchell Parker
We love this breezy white and wood bathroom from the latest photo uploads. Here’s why it works
Full Story
17

LIFEHouzz Call: What Makes Your House Feel Like Home?
By Amber Hopman
Sometimes just one thing gives you that warm and fuzzy feeling. Let us know what it is for you
Full Story
77

DECORATING GUIDESHouzz Call: What Home Collections Help You Feel Like a Kid Again?
By Mitchell Parker
Whether candy dispensers bring back sweet memories or toys take you back to childhood, we'd like to see your youthful collections
Full Story
68

HOLIDAYSGuys, Where Do You Feel Most at Home?
By Erin Carlyle
For Father’s Day, we’d like to hear from the men. What part of your house makes you feel most like yourself — grounded and alive?
Full Story
57

KITCHEN WORKBOOKWhen to Pick Kitchen Fixtures and Finishes
By KitchenLab Interiors
Is it faucets first and sinks second, or should cabinets lead the way? Here is a timeline for your kitchen remodel
Full Story
42 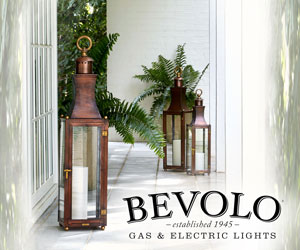