Explain how to cook a turkey...to someone who can't speak English

Although I am exempt from cooking TG dinner due to being invited to others' celebrations, I always buy a turkey at this time of year because they are so CHEAP! So there I was picking out a turkey (25c/lb) trying to decide how big and this couple next to me, picks one out then asks me how to cook it.

The trouble is, they spoke VERY little English. They were Asian but I can't say exactly what country they were from and I wondered if they'd even SEEN a turkey before. I tried to explain to leave it in the fridge for three days to defrost then cook at 350 for 3 hours. It was about a 12 lb bird in their cart.

The exchange took about 15 minutes and at one point they asked if they should "break". She even spelled it out for me, B-R-E-A-K. I was at a loss till the husband said, "break - broil". OH! I said, BAKE and then proceeded to show then numbers with my fingers 3-5-0.

More information than that would have been impossible and I'm not at all sure that the entire message got through but I wanted to say, "don't forget to take all the extra stuff out of the cavities!" and even more to the point, "just look it up on the internet!" LOL

I hope their turkey comes out good. It might need more than three hours but I'm hoping they'll at least have some idea of when it's really done, maybe based on previous experiences with chickens?

Happy Thanksgiving to all!

KITCHEN DESIGNKitchen Banquettes: Explaining the Buffet of Options
By Kathryn Peltier Design
We dish up info on all your choices — shapes, materials, storage types — so you can choose the banquette that suits your kitchen best
Full Story
97

MOST POPULARThanksgiving Tales: When the Turkey Tanks
By Mary Jo Bowling
Houzzers prove adept at snatching victory from the jaws of entertaining defeat
Full Story
125

HOUSEKEEPINGCan-Do Cleaning Strategies for Busy People
By Laura Gaskill
While you dream of having a maid (to go with the cook and chauffer), this simplified cleaning routine can keep your real-world home tidy
Full Story
227

DECORATING GUIDESSee How Wabi-Sabi Can Bring Harmony and Beauty to Your Home
By Robyn Lawrence
Create your own wabi-style style with beautifully weathered, humble materials around the house
Full Story
99 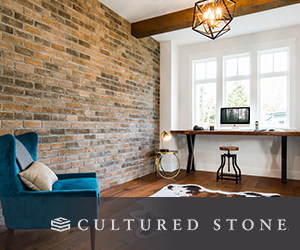 More Discussions
DD's in Marseille
70
“Tis the Season for Seasonality?
10

I need chervil recipes..
16
So, what are you doing with your TG leftovers?
20
Recipes for dried fruit?
10