Anyone have the time to help with a design question?

I know there are lots of creative minds on this forum and I would love to know what you would do with this area of my property if it were at your house. Lucky you that it's not! [g]

We have a small area that has been neglected that is long and narrow. About 4ft wide and 18ft long. We are finally ready to get it cleaned up. It is on the north side of a building so it is pretty much full shade, but at either end of this 'alley' there are small amounts of sun at the beginning and end of the day.

We have to clean out a stand of sensitive fern because I have other plants going in that I don't want to get overrun with it. I am already planning on adding other ferns that are well behaved, small hostas, pulmonaria, epimedium, heuchera. Maybe bergenia, tiarella, phlox, foxglove?

First, we need to access this strip to plug in the electric lawnmower, so we will need to place stepping stones. I am trying to decide whether to place them in a straight line down the middle and fit plants on either side of them, or a straight line down one side and have a larger planting area along side it, or use some sort of random or curving pattern of placing them. I was also considering, since it is long and narrow, how it would work to graduate the size from larger to smaller to get an effect of distance?

Second, the height of plant material. My plant list has to be full shade plants for the most part and so far most of the plants are very short. I don't know whether to keep it short and just vary the foliage color and textures, or add something else for more height at any point..at either end, maybe, where there are small amounts of sun? I have already planted a climbing Hydrangea at the foot of the wall of the building, if that makes any difference. It is very small right now. Something to keep in mind is the presence of the electrical cord every week. I plan on using some pretty metal stakes along one side to string the cord through so the plants won't get murdered.

That's it. It is a pretty utilitarian area so I am just happy to have it neat and functional and if I can add a few plants that we will enjoy all the better.

Any ideas or pitfalls that you can think of..all opinions welcome. :-)

Help! 5 Questions for Design Stars
By Annie Thornton
Do You Have an Answer for This Week's Design Dilemmas?
Full Story
2

5 Questions for Design Stars
By Annie Thornton
How Many of This Week's Design Dilemmas Can You Help Solve?
Full Story
5

DECORATING GUIDESThe Cure for Houzz Envy: Family Room Touches Anyone Can Do
By Becky Harris
Easy and cheap fixes that will help your space look more polished and be more comfortable
Full Story
44 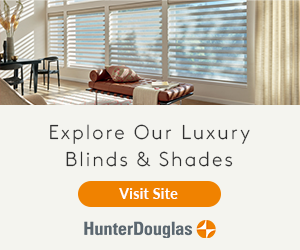 Plant ID please…I think it is a weed
2

An unknown bug in RI
4