Hi I'm working on a kitchen remodel and trying to figure out the right flow. I know I want the sink under the window as it currently is but trying to figure out the best place for pantry, fridge, appliance garage, coffee station, etc. I'm hoping that even by eliminating all uppers that aren't connected to a floor to ceiling pantry or appliance garage, we'll still have enough storage yet feel more open.

@Buehl @rebunky You had some great comments on imsuzz's post a few days ago so thought I'd tag you here.

KITCHEN DESIGNKitchen Layouts: Ideas for U-Shaped Kitchens
By KitchenLab Interiors
U-shaped kitchens are great for cooks and guests. Is this one for you?
Full Story
38

BEFORE AND AFTERSKitchen of the Week: Bungalow Kitchen’s Historic Charm Preserved
By Becky Harris
A new design adds function and modern conveniences and fits right in with the home’s period style
Full Story
102

INSIDE HOUZZData Watch: Top Layouts and Styles in Kitchen Renovations
By Erin Carlyle
Find out which kitchen style bumped traditional out of the top 3, with new data from Houzz
Full Story
123

KITCHEN DESIGNKitchen of the Week: Barn Wood and a Better Layout in an 1800s Georgian
By Jeannie Matteucci
A detailed renovation creates a rustic and warm Pennsylvania kitchen with personality and great flow
Full Story
76

KITCHEN ISLANDSKitchen With Double Islands Pleases a Baker and a Smoothie Maker
By Erin Carlyle
With multiple refrigerators and ovens, this space easily accommodates a couple of cooks and their guests
Full Story
23

KITCHEN DESIGNKitchen of the Week: More Light, Better Layout for a Canadian Victorian
By Vanessa Brunner
Stripped to the studs, this Toronto kitchen is now brighter and more functional, with a gorgeous wide-open view
Full Story
36 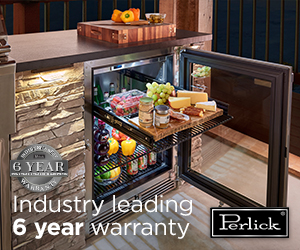