Do you ever save ingredients labels as recipes?

I do use them as ideas and all, but today was the first time I actually made the recipe without trying the product. It was a sort of South Asian inspired oatmeal. Since it sounded good, I would have bought it--if not for the great rolled oats glut of 2021. (I posted awhile back about how I meant to buy one pound of rolled oats for cooking with and ended up with a two pound bag and three pound bag!) I usually use steel cut for making oatmeal, but the "recipe" called for rolled oats--check! I have lots of those. I haven't had a chance yet to get into the savory oatmeal experiments, but this one didn't call for any prep. Just dump things in a bowl and zap.

Okay. It might have had a better texture if I'd made it on the stove--it came out gluey--but that might just be the rolled rather than cut oats. The texture was otherwise just right. I don't usually put "stuff" in my oatmeal, so I used a light hand. It could have used more of everything, but it was as good as it sounded.

I've been substituting mace for nutmeg where it doesn't matter, like this, because I prefer the flavor. And I left out vanilla. It probably tastes good, but I didn't want it. The pepitas are the big revelation. They give a little crunch without being actually crunchy. Just a nice texture contrast I would have never guessed I'd have liked so much. :)

KITCHEN DESIGNKitchen Recipes: Secret Ingredients of 5 One-of-a-Kind Cooking Spaces
By Sheila Schmitz
Learn what went into these cooks’ kitchens — and what comes out of them
Full Story
121

MOST POPULAR3 Top Ingredients of Modern Farmhouse Style
By Marie Flanigan Interiors
Want this popular look to have staying power in your home? Follow this recipe for a design that endures
Full Story
47

KITCHEN DESIGNKitchen Recipes: 3 Real Cooks’ Kitchens
By Gwendolyn Purdom
These families share the ingredients that went into their beloved kitchens and what they like to whip up in them
Full Story
21

KITCHEN DESIGN5 Home Cooks Share Their Favorite Family Recipes
By Stacy Briscoe
Peek inside the kitchens of these Houzz users and learn how to cook their time-tested, passed-down dishes
Full Story
46

EARTH DAY6 Projects to Create Beautiful, Water-Saving Outdoor Spaces
By Annie Thornton
Find out how to replace your lawn with a garden, make your landscape more permeable, install a greywater system and more
Full Story
24

KITCHEN STYLESDesign Recipe: How to Get a Modern Farmhouse-Style Kitchen
By Toronto Interior Design Group
Discover the essential materials, colors and finishes that make this popular style beautiful and functional
Full Story
49

KITCHEN DESIGNKitchen Recipes: Factory Cart Inspires a Dream Cooking Space
By Mary Jo Bowling
These homeowners' kitchen was almost nonexistent, so they whipped it up from scratch. See what they cook there and get the recipe too
Full Story
46

KITCHEN DESIGNSweet Ideas and a Truffle Recipe from a Chocolatier's Test Kitchen
By CM Glover
A $2,100 budget didn't mean a half-baked kitchen redo; this confectioner just rolled up her sleeves and rolled out the improvements
Full Story
55

REMODELING GUIDESWhere to Splurge, Where to Save in Your Remodel
By Laura Gaskill
Learn how to balance your budget and set priorities to get the home features you want with the least compromise
Full Story
98 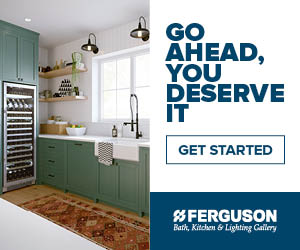