Idiot things you have done that can't be called "senior moments"?

I was sitting on my bed looking for the other sock--I already had it on--just smiled. What idiot things have you done?

KITCHEN OF THE WEEKKitchen of the Week: A Rustic-Chic Look They Can Call Their Own
By Becky Harris
Reclaimed barn wood, whitewashed brick and hand-scraped oak floors add character to a Toronto couple’s kitchen
Full Story
98

PRODUCT PICKSGuest Picks: Beautiful Things You Can Feel Good About Buying
By Morgan Spenla
Upcycled, ecofriendly or just made responsibly, these home accessories and furniture pieces will keep your conscience clear
Full Story
37

HOUSEKEEPINGThree More Magic Words to Help the Housekeeping Get Done
By Alison Hodgson
As a follow-up to "How about now?" these three words can help you check more chores off your list
Full Story
82

FUN HOUZZHouzz Call: Show Us Your Lego Creations
By Mitchell Parker
One California student makes Lego houses inspired by Houzz designs. What have you done with your set?
Full Story
13 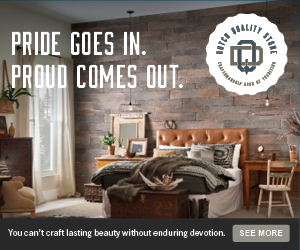 Have YOU found any bargains or deals lately?
16