What a time I've had getting back on

My computer died and I have just now managed to get back on here. All photos were copied to a back-up disc, but my garden files were not and are gone. At least I have a hard copy of plants by bed, but blooms times etc are not on them.

Also a new computer is being built, and will not be available until mid September according to HP so I am chained to this laptop that belongs to my husband. I won't be able to access photos until the system is up.

But, at least I can finally see what you have been posting.

ORGANIZINGGet Up to Speed for Back to School — 12 Tips for Smooth Sailing
By Charmean Neithart Interiors
New schedules and clothes, paperwork piles ... and where did all the Band-Aids go? These tips will help you ace the new school year
Full Story
14

HOME TECHTech to the Rescue: How to Get Stolen Gadgets Back
By Mike Elgan
Catch any crook who dares steal devices from your home with recording and tracking technology that's easy to use
Full Story
7

ARCHITECTUREGet a Perfectly Built Home the First Time Around
By Bud Dietrich, AIA
Yes, you can have a new build you’ll love right off the bat. Consider learning about yourself a bonus
Full Story
112

PRODUCT PICKSGuest Picks: Take Your Kitchen Back to a Simpler Time
By Cozy Little House
Give your kitchen a comfortingly classic feel with appliances, furnishings and accessories styled for the good old days
Full Story
41

BATHROOM MAKEOVERSRoom of the Day: Craftsman Bathroom Gets Its Good Looks Back
By Becky Harris
A bathroom renovation in a century-old home combines era-appropriate style with updated touches
Full Story
92

GARDENING AND LANDSCAPING7 Ideas to Get You Back on the Front Porch
By Alex Jewett
Remember the good old days, when porches offered front-row seats to street scenes? They can be even better today
Full Story
101 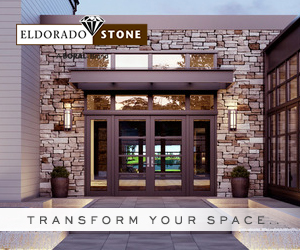 Favorite clump shots this past season, let’s see yours!
24
How early can you harvest seed pods.
2

September garden blooms
5
What are some good plants for the "feet" of Daylilies (and Iris, too)?
2