skip to main content
RUG & DECOR SALE
0
Your shopping cart is empty.
Sign In
Join as a Pro
History of Houzz

How to fry a single egg

I never fry eggs for myself because I don't like them, but Kevin wants an over easy egg in the morning, and he is having trouble making it before I get up to cook.

I told him he should use the one egg wonder pan, which is about 4.75" at the top, and it was designed to cook a single egg. I think he is using a large pan, probably an 8" pan, even though we also have a 6.5" pan. First of all, he is having trouble cracking the egg without breaking the yolk, and so I will have to teach him about that. I think it might be better if he breaks the egg into a small bowl first and then add the egg to the pan from that.

Second of all, he is having trouble turning the egg, but I think that if he uses the 4" pan that he can cook the egg covered, and then he won't need to turn it. If he does want to turn it, then I think he will need to use a larger pan.

My first suggestion to him was to use a larger cast iron skillet and get the skillet very hot first, so that when he adds the egg that it will cook quickly before spreading too much. Then when the egg is added, turn down the heat and cook it covered (again).

This is similar to what I've seen Jacques Pépin do

What tips do you have for an "over easy" egg?

Kevin puts the egg on a tostado that has my Mexican bean dip spread on it, and he adds some cheese - usually queso fresco or queso añejo to it.

KITCHEN DESIGNA Single-Wall Kitchen May Be the Single Best Choice
By John Hill
Are your kitchen walls just getting in the way? See how these one-wall kitchens boost efficiency, share light and look amazing
Full Story
85

KITCHEN DESIGN8 Ways to Configure Your Kitchen Sink
By Jennifer Ott Design
One sink or two? Single bowl or double? Determine which setup works best for you
Full Story
130

DECORATING GUIDESFrom the Pros: How to Paint Interior Walls
By Vanessa Brunner
A slapdash approach can lower a room's entire look, so open your eyes to this wise advice before you open a single paint can
Full Story
43

FARM YOUR YARDRaise the Roost: You Won’t Believe These Next-Level Chicken Coops
By Lauren Dunec Hoang
With designs as fresh as the eggs they house, these 8 creative coops are worth crowing about
Full Story
24

OUTDOOR KITCHENSHouzz Call: Show Us Your Grill and Smoker Setup
By Bryan Anthony
Charcoal or gas? Green Egg or custom smoker? We want to see how you barbecue
Full Story
13

LANDSCAPE DESIGNThe Artful Garden: Sculptural Stone
By Laura Gaskill
Even a single stone element like a fountain or a bench can contribute beauty and texture to your yard
Full Story
15 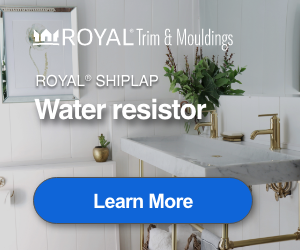