I was gifted with two containers of Yoplait yogurt. I was looking to see if it had any active probiotics. You can see this in bigger bolder letters on the container: "Contains Bioengineered Food Ingredients." Does this mean that the cows were fed GMO feed? Are the COWS genetically modified organisms? I guess I've never paid much attention, as I usually get Siggi's.

The corn starch is probably made from GMO corn and the sugar from GMO sugar beets.

The cows likely ate GMO corn but that is not what resulted in the bioengineered label.

We will be seeing more and more of this labeling as many provisions of the GMO labeling law phase in for 2020. Many (most) processed foods that are not certified organic contain and have contained GMO products for years. Now there is labeling of it...at least some.

I looked at a couple Siggi's labels and see agave nectar and cane sugar as sweeteners. There are not GMO versions of agave or sugar cane. Siggi's yogurt does not list corn starch so no red flag there either.

Non-organic milk is considered bioengineered but not necessarily from the feed per say. Surprised to see this on labels so soon. They have until a 2022 deadline to list/comply. I know nothing about the details since I buy organic 90%. Seldom buy milk except for cheese making. Always organic. As well as yogurts.

Thanks everyone for the input and info!

How do you feel about this stuff in your food and will you eat it?

I'm sure you've seen posts from...I can't remember her name, explaining how the GMO thing works. IIRC, in practice, the GMOs in the food supply are engineer to withstand Roundup weed killer. You can plant a field of soy and spray the heck out of it. The weeds die, the soybeans grow. But as with all poisons, weedkiller loses its efficacy as the organisms that survive it assert dominance.

According to announced tests the GMO food products aren't harmful to people who eat them. But, really??? I'm all for farmers making money. I'm all for seed companies making money. And all the people in agriculture. But I resent the heck out of the predatory sales practices of selling GMO seed to subsistence farmers who aren't allowed to replant from their own seeds. There's a rumor (I really don't know if it's true or false) that GMOs aren't genetically stable and the regrown seeds might not grow correctly anyway. The eeew factor kicks in with anything nature didn't abide. When Farmer Smith cross pollinates with a toothpick, if Mother Nature doesn't like it, the result is a rabbage (top of a radish, root of a cabbage). Recombinant DNA is a big sc$ew you to Mother Nature. Lemons good, rabbages bad, GMO soy frankenfood.

But no matter whether the seeds from the last crop will produce a good new crop, the pollen from the GMO far blows all over and has its way with all natural flower. Whether or not the chemical company will attack the neighboring farmers, those good people aren't able to really say that their crops are organic. By US regulations, GMOs can't be labelled organic. Almost all the soy in the USA is GMO.

For me, the eeew factor isn't really whether I'm eating the oil of a seed that was GMO when it was alive. The eeew factor is knowing the way it got there. Big eeew factor. I buy and eat as much organic (biologique) as I can, not because I believe that other kinds of foods are harmful to eat, but to support sustainable agriculture.

Islay, they don't even allow that stuff in France, right?

Why would non-organicc milk be considered bio-engineered, as Sleevendog says it is?

2. Milk: RGBH, or recombinant bovine growth hormone, is a GE variation on a naturally occurring hormone injected into dairy cows to increase milk production. It is banned for milk destined for human consumption in the European Union, Canada, New Zealand, and Australia. Many milk brands that are rGBH-free label their milk as such, but as much as 40 percent of our dairy products, including ice cream and cheese, contains the hormone.

I'll post the article...kitchen timer going off at the moment.

There is a huge amount of misunderstanding about GMO'd crops. And they have not all been engineered to resist RoundUp/glyphosate. Just as many have been engineered to be more disease resistant, to be resistant to specific insect pests or to prolong shelf life after harvest.

Leaving aside the question of whether they’re good or bad for a moment, what exactly are GMOs, and which foods are they in? link, HERE

The dairies around here don't use RBGH. They maintain that it is identical to what cows produce but they do not use it because customers don't want it.

Like Save     April 24, 2020 at 8:28AM Thanked by Sooz
Browse Gardening and Landscaping Stories on Houzz See all Stories

How does YOUR garden grow?
72
Browse Outdoor Photos on Houzz 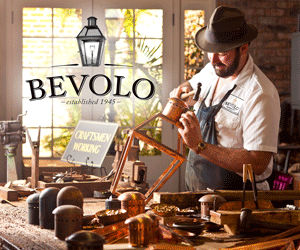