So a bit of a last minute decision, very long story, but we have decided to go to Quebec City at the end of Nov/beginning December. We are planning to drive (we are outside of Philadelphia )- and of course would like your suggestions for possible places to stop along the way. We will likely split the drive over 2 days so a good place to stop and stay overnight?

Also of course, any highly recommended things to see do eat once there. Yes I check tripadvisor and all, but just thought I would ask here for additional expertise.

TRAVEL BY DESIGNHouzz Travel Guide: New York City for Design Lovers
By John Hill
Where to stay, shop, eat and explore in the Big Apple, from a design-minded architect who lives there
Full Story
23

LIFE10 Ways to Keep Your Home Safe While You're Traveling
By Laura Gaskill
Set off on your trip with peace of mind, knowing you've taken the right steps toward keeping your home secure
Full Story
34

CITY GUIDESTravel Guide: The Hague for Design Lovers
By Holly Marder
You'll find plenty to marvel at in the Netherlands' political capital, from centuries-old facades to modern shops and outdoor art
Full Story
9

TRAVEL BY DESIGNTravel Guide: Austin, Texas, for Design Lovers
By Jennifer Ott Design
You'll find fantastic food along with incredible art and architecture in this capital city, deep in the heart of Texas
Full Story
38

TRAVEL BY DESIGNTravel Guide: Seattle for Design Lovers
By Ventana Construction LLC
Pioneers of the past and high-tech titans of the present make for an eclectic mix of architecture, museums, hotels and eateries
Full Story
23

TRAVEL BY DESIGNTravel Guide: Melbourne, Australia, for Design Lovers
By Elements of Style
This 'most livable city' offers a wealth of visually inspiring hotels, restaurants, sights and shops for travelers too
Full Story
34 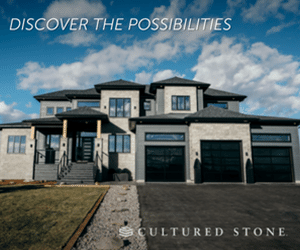 Need advice from a stripper :)
17
Stop feeding the tolls
23
Fire at my dad’s/neighboring properties yesterday
76

Bramble Gin- Ummm, this is good
6