Would you do something different if you had the means to?

I enjoyed Glenda's career post last night. I know some of you are retired but for those that aren't, would you continue doing what you're doing or work at something else if you could? If I had the means I would quit my job and buy a couple acres of land off the main road in our town and open a market garden. Build a small home at the back of the land and grow fruits, flowers and vegetables to sell. Maybe grill some vegetables and meat for sale during the day. Have tables for people to eat in a garden setting. Have a small greenhouse on site to start plants and maybe sell some varieties of flowers and vegetable plants not offered in the other stores/nurseries. I noticed most places here sell the same flowers and tomato plants. No variety at all. I would need to hire help. I'm heading towards 60, so the odds that this is ever going to happen is pretty slim. I can still dream, right?

APARTMENTSHouzz Tour: Something’s Different in Denmark
By Kasper Iversen
The owners of this bohemian Copenhagen apartment rebel against the Scandinavian penchant for white interiors
Full Story
117

If the Black Swan Had Different Sets....
By Becky Harris
Design Eye on the Oscars: What If Nina Had More Symmetry and Better Light?
Full Story
20

HOUZZ TOURSMy Houzz: An Art-Filled Austin Home Has Something to Add
By Kara Mosher
Can a 90-square-foot bump-out really make that much difference in livability? The family in this expanded Texas home says absolutely
Full Story
32

MODERN ARCHITECTUREArchitecture: How Details Can Make All the Difference
By Spry Architecture
To know what makes a home design a hit — or near miss — you've got to understand this key ingredient
Full Story
27

Guide to Twenty Something Home Design
By Kathryn
Full Story
2

DECORATING GUIDESRoom of the Day: Something for Everyone in a Seattle Family Room
By Becky Harris
Family members downsize to a home that will shorten their commutes and give them more time together — much of it spent in this room
Full Story
51

DECORATING GUIDESArchitectural Details Make All the Difference
By Janell Beals - House of Fifty
Are you missing an opportunity to enhance your home with brackets, cabinet feet and moldings?
Full Story
41 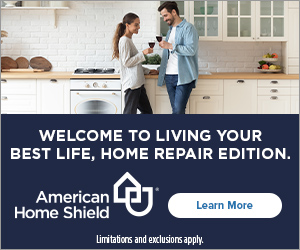 More Discussions
Knee replacement thoughts
50
In searching a topic, why are only the responses on page 1 available?
11