My father left us for another woman when I was 12. He rarely bothered with us after that, even though he lived 5 miles from us. His reason for not having time for us was that he had a "new little family" He has done some very cruel and hurtful things to my mother and us, his children from his first marriage. Fast forward 40 yrs later, his 2nd wife left him for another man, and his "new little family" doesn't bother with him unless it's to ask for money. Now he is elderly, and needs elder care, so all of a sudden he's decided we, his daughters from his first marriage, should be the ones to provide it. He has been falling a lot, and ended up needing to stay in a rehab facility. Now his insurance has run out, they won't pay for any more time there, but he is not ready to go home, he still cannot walk or dress himself. They recommend he stay a few more weeks to continue the physical therapy, but he will have to self pay. He has the funds to do that, but doesn't want to, he feels we should pay for it so that he doesn't have to use his own funds. He has been telling them he has no assets (not true) and they suggest he apply for medicaid. He asked me to fill out the application, but Dad wants me to lie on it and claim he has no money. I refused to do it, that is a crime and I will not take part in it. Nor will I pay for him when he has the funds to pay himself. Now he is insisting he will go home against medical advice and feels that my sister and I should be his full time caregivers. I don't feel an obligation to do that, he has no interest in me at all in many years and only now, that he needs help he turns to me. My obligation is to see that he is in a safe and comfortable living situation, but that is all. I feel sorry for him, but feel that he has the funds to pay for help, so that is what he needs to do. Of course he is very angry with us now, calling us "ungrateful daughters" No mention of asking his daughters from his 2nd marriage for help, they treat him the way he treated us and he knows they would never provide it.

Email
SaveComment17Like
Comments (17)
Thank you for reporting this comment. Undo

Selfish manipulator still playing the same game even when old and infirm. And it seems perfectly consistent that the second wife eventually left him, just as he left your mother. Birds of a feather...

I agree with Sylvia. He made his own bed. The nursing home has to provide for a safe discharge. They are paying professionals to do this, primarily the social worker and the therapy staff. Let them do what they get paid for or let your father figure it out on his own. And please don't let him guilt you into anything. Good luck.

I'm so sorry. I don't think you are obligated to do anything at all, especially since he is being so nasty to you. Let him spend his own money.

I totally agree with all of the above. He's a manipulative old "basxxxx" and can figure it out for himself or just die - his choice.

That guy has more front than Mark Foys! As was said in one of those old 50s classics movies- I'd hate to have his nerve in a tooth! Since he had no sense of obligation to his first family, they certainly have no obligation to him. Let him sink or swim on his own, he's in a place he made all for himself.

Yes, my father is a manipulator and always has been. He's always been looking for ways to get something for nothing. He is not a nice man. I will not become his caregiver nor will I pay anything towards his care. If he uses up his assets he can go on medicaid, but of course he wants to hide his assets rather than use them. He puts on a false face to everyone else- his friends, neighbors and nieces think he is a wonderful guy and they will call me asking what am I going to do for him, etc. I don't really want to get into explanations about how he is not the person they think he is, I just want them to leave me alone. I do feel sorry for him, he is now just a frail old man. But, he never thought he would get old and sick and need us, I'm sure he thought that if the day ever came that he needed help, his much younger wife and their children would provide it. Well, they all deserted him, much like he deserted us so now he finds himself alone. Karma.

I just have to comment. WHY does he want to hide his assets? Does he somehow think he is going to take it with him? I hate to bust his bubble, but he needs to spent it now. His dollars are not going thru the Pearly Gates (or anywhere else). Not yours, mine or anyone's tax dollars.

Take care of yourself. You are doing the right thing. Don't listen to his friends and neighbors.

maybe someone here can suggest a standard response for you to give to those friends of his.

my dh told his sisters to wait and see what Medicare and ins will pay when they ask for money for his moms care.

You don't have to engage in discussions with people who are questioning you (maybe at your father's request or instigation). You don't owe them explanations or information. They are intruding and and violating your boundaries. I once had a similar situation, and when I realized that trying to explain my behavior was not only backwards but was putting me in a defensive position, since the problem was the abusive boyfriends behavior, I changed the way I responded. When I just replied that he was a Jekyll and Hyde, it seems like it was enough information to satisfy the questioners and not enough to drag out the discussion. You might say something like "I never knew this person when I was growing up, and he has enough money to take care of himself." Or you can take the Miss Manners approach and say "why on Earth would you ask such a thing?" LOL. Take care of yourself. I wish you the very best.

>>He puts on a false face to everyone else- his friends, neighbors and
nieces think he is a wonderful guy and they will call me asking what am I
going to do for him, etc.<<

You could say you are going to do everything for him just as he did for you as a child ;-)

I may well have to tell him that. He asked me to bring him a prayer book to the rehab center yesterday, which I did. He didn't even look at it, just, he went on and on about how he was going to call his lawyer and he needs to change his will. He has tried using his will in the past to make his children do what he wants, my younger sister, who passed away a few years ago, had some financial difficulties and he often tried to bribe her by implying if she did whatever it was he wanted, he would put her in his will. It didn't work with her and it doesn't work with me either. I told him to do whatever he wants with his will, but any assets he has now must be used to pay for his care. He was not happy about that. I don't want or expect anything from him, and I can see that he is getting more frustrated now that he can't get his way and will become very nasty. So, I plan to stop visiting, I don't need the aggravation. Maybe he can find someone to bribe with his will, but I think he is going to have to face facts - he has to pay for his own care now. I don't understand why he is being such a miser, he never spends a dime anyway, I think its just a lifelong habit that he can't seem to break.

We have just went through this with my MIL. She didn't want to hide anything, and wouldn't of to remembered to anyway. The point is, the officials keep up with everything, and will take what they want no matter what he does.

how is it that his "friends and neighbors" are contacting you? I agree that a standard response should be given until they go away.

The tragic thing about "I promise I'll put you in the will" is it they never do it. Never. I have heard this same story from so many people.m, and a lot of times the person who has taking care of the old stinker is the one who actually gets left out of the wheel. The parent just can't resist the satisfaction of making a fool of one of their children for the very last time. Start of a final, gleeful, "gotcha". So the other kids have made lives for themselves and have retirement plans, and the person who spent 30 or 40 years taking care of dear old dad or dear old mom wines up stunned and impoverished, and their siblings always seem to rationalize keeping all the money. "It was her own choice" and " she had free room and board all these years while we were working" are two outrages that come to mind. The other thing of course comma is that even if you see the will showing you as the heir... wills can be changed.

I agree with what you say, Sylvia. My father has always tried to use "the will" as to manipulate his children to do whatever it is he wants. It may work with his 2nd family, but never has with me or my sisters. And he is definitely the type to do one last "gotcha" He can do whatever he likes with his estate, it doesn't matter to me. My mother, God rest her soul, taught us to work hard and make our own financial security and it's a lesson we've taken to heart. My father will use anyone he can, anything to avoid spending his own money. Once he even made up "fake charity business cards" to scam local garden centers into giving him free plants and garden supplies. Never mind that we told him passing yourself off as a charity is illegal, he didn't care, it's all about getting something for nothing. Now he has somehow convinced a friend to be his caretaker, I suspect he downplayed how much help he really needs to get the poor man to do it, and the friend is in his 70's, not a young man. I am sure the day is coming when this friend will call me up and say "I can't do this, I need help" When that day comes I will simply tell him to let Dad know the time has come to pay for a caregiver. Unless he is forced into it, he will never do it and continue to use people.

Like Save     June 9, 2017 at 5:37AM
Browse Gardening and Landscaping Stories on Houzz See all Stories 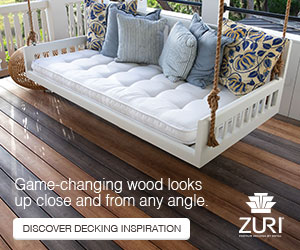 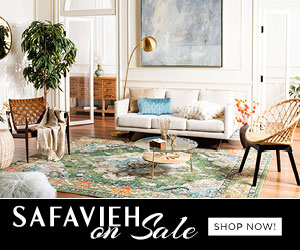