Something I noticed at my husband's NH

There are several older women who have refused to eat because in their minds they have not paid for the meals and do not have the money to do so. They have been wheeled to the dining room and then break down and cry because they think that they are not supposed to have the food because they can not afford it. I do not know how frequently it happens at other homes but there are several women at this one. This is the only thing at the NH that breaks my heart. Most have some form of dementia so I do not know if their minds are reverting to their childhood, 1930's or if it is caused by recent impoverishment. The home attempts to tell them that the meal is paid for by family but you can tell the ones that know this is a lie. Not as healthy as the meals but the home has a "snack" cart where they keep simple sandwiches, cookies, fruit and snacks for those that refuse to eat in the dining hall. When my husband was in rehab at another facility for knee surgery the snack cart was just 'snacks'. I have been wondering if this was a common occurrence at many nursing homes.

NH I visit every 2 weeks, lady I visit started telling me her didn't have money to pay for her food(she does have dementia) so I told her, it's included in the price to stay here ! It's part of your rent! She doesn't worry about that any more. So maybe that would help, she fumbled looking in pockets & a little purse like thing she had & that's when she told me she couldn't eat because she couldn't pay. Rent includes meals at least at NH's!

I tried that and the an old boyfriend knew you were here and wanted to purchase your dinner. Worked for a while. Most of the people in my husband's home have dementia. It used to be more of a rehab but it was sold last September and I am seeing less and less people with rehabable problems. Seeing this and projecting much to the future I worry about the children now who are being denied the lunches other children receive. Which is I know another topic.

My MIL had mild dementia and she would ask us periodically if "everything was included" in the cost of her facility payment. Fortunately, she believed us when we assured her it was, but I could see her possibly getting to the point where she would think she had to pay to eat her meals.

That trick of saying someone had purchased their meal for them is a good one, for as long as it will work.

Fun Houzz Homes That Might Be Trying to Tell You Something
By Mitchell Parker
Happy range hoods, a judgmental fireplace ... once you start noticing faces around the house, you may see them everywhere
Full Story 139

Kitchen of the Week Kitchen of the Week: Coastal Kitchen Honors a Beloved Husband
By Jeannie Matteucci
This Southern California kitchen makeover includes a touching story of a couple who faced a much bigger challenge during their remodel
Full Story 58

Organizing Something Wicker This Way Comes
By Lisa Higgins
Store your stuff neatly and easily in any room with stylish, versatile baskets
Full Story 39

The kids get it
12
Flu shots for the home bound patient
3
How to get my 85 yr. old mother in my SUV?
25
Caregiver for Husband with dementia
19
Recipes For Those Who Struggle To Swallow
2
Browse Outdoor Photos on Houzz 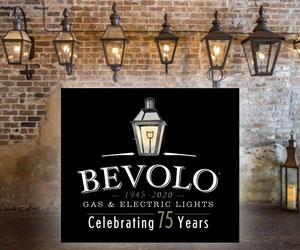