Clematis fall into three basic 'pruning groups'. The 'prune groups' are a separate classification of clematis in the 'family' groups (such as 'the Montana group') which take into account the parentage of the specific cultivar or the 'type' groups (such as 'the Evergreens') which take into account some specific attribute of the plants. There is, however, a connection between 'family' or 'type' groups and pruning groups, as almost all members of a specific family group or type group would fall into the same prune group. For more information on Clematis types and groups, please see the FAQ titled 'Clematis types'.

These pruning suggestions are for established vines that have been in the ground for at least three years. Young vines should all be pruned to 12 inches the second spring and to 18 inches the third spring. It helps to develop more shoots, a fuller vine, and a better root system.

Group 1 - Certain species clematis and their cultivars which bloom early in the year. Some of the more commonly found representatives of this group include the Montanas, which are extremely vigourous in USDA zones 5 and warmer. Other clematis in Group 1, which are becoming more commonly available, are varieties of C. alpina and C. macropetala. These clematis will also develop into very large specimen plants over time. Another example in Group 1 is C. armandii and its cultivars. All of the Group 1 clematis bloom on growth made the previous year. They can be pruned to keep them within their alotted space, or to remove dead and unsightly foliage. Note however, if they are pruned late in the season, or before they flower in the year, you will be cutting off potential flower buds. They should be pruned right after flowering, if at all.

Group 2 - These are the large flowered hybrids. They are often divided again into two subgroups - 2a and 2b. The main difference between the two subgroups is: those in 2a normally bloom in the spring and possibly again in the fall; those in 2b bloom mainly in the spring then intermittently all through the summer. Subgroup 2b types usually continue to grow as well as bloom as the season progresses so in the spring you might have a mass of blooms at waist height and by autumn they may be blooming overhead. The flowers of both subgroups tend to be smaller later in the season and might be more intensely or differently colored as well. All of the clematis in Group 2 bloom on 'old wood' (actually on short shoots from old wood) and should not be pruned except for deadwood pruning in early spring after the leaf buds open slightly. Note that those in subgroup 2b also bloom on new wood (see information below about alternate pruning for special puposes). The number of later flowers can be increased if the seed heads from the first flowering are removed right after the blooms drop their tepals.

Group 3 - These are the summer blooming varieties such as the viticellas, Jackmanii types, texensis, the herbaceous species such as integrifolia and recta that bloom on new wood and the late bloomers such as Sweet Autumn Clematis (C. terniflora) and orientalis types. Clematis in Group 3 mainly flower on new wood produced in the current year and should be pruned back severely every year in late winter, when they are completely dormant, to about 12 - 14 inches. Leave at least two pairs of buds (4) on each stem of the plant. Most Group 3s are very fast growing and will reach their full height before blooming every summer. If you fail to prune these, they will develop long 'legs' that get woody and will be devoid of foliage and blooms.

It should be noted that with Group 2s and Group 3s you can vary both flowering height and flowering time by adjusting your pruning strategy. Since the above guidelines are based on gereral principles, once the principles are understood, you can alter your pruning to suit your needs. Say, for example you have a Jackmanii type which you want to flower around a second story window. Pruning it down to 12-14 inches each year will mean that it can never reach the heights you intend. Instead, knowing that it will grow approximately 10-12 feet each year, you can prune it back to a point which will allow it to flower at the height you need. Also, if you are growing Group 3 types into a shrub or a tree, it is best to only prune them down to a branch that gives them an early start next spring. You would not want to prune them to 12 inches and put them into a very shady situation next spring. It will stunt them. See 'Decorative Pruning' FAQ for more information.

You can also control flowering time by either pruning later so that flowers are produced later, or not pruning some of the vines so that you may get flowers earlier. By pruning those in Group 2b as if they were Group 3 type plants, you can get a bigger display of flowers later in the year.

Clematis are quite resilient plants, and you are unlikely to kill your plant by pruning it wrong. The worst damage that is likely to happen by incorrect or untimely pruning would be the loss of flowers for one year. Clematis have not been told these pruning "rules" and have done very well without pruning shears for thousands of years.

It is a good idea to make a note and keep track of the name of any clematis you have or may buy so you can find out which pruning group it belongs to. The tag will usually tell you to either 'prune hard' or 'prune lightly'. This refers to the pruning group without confusing folks by indicating a group number. You may also see clematis listed as Group or Type A, B, or C. These letters correspond to Group 1, 2, and 3, respectively, as given above.

There are many hints and tips for keeping track of the pruning requirements of the clematis in your garden. One idea would be to mark each clematis with one of three different colored stakes or twine to indicate which prune group it is in.

Planting Ideas Great Garden Combo: Rose + Clematis for Small-Space Impact
By Karen Chapman
We all need somebody to lean on. And when a rose supports a climbing vine, the results can totally transform a small garden
Full Story 54

Kitchen Design Why Your Kitchen Wants Its Own iPad
By Mike Elgan
Cooking-school gateway, recipe database, foodie networking ... an iPad in the kitchen has uses far beyond being a message center
Full Story 17

Should I prune or deadhead the seed heads on my Clematis?
It won't bloom! Why does my clematis not flower?
Can I grow Clematis in containers? How?
My new Clematis is not growing, what could be wrong?
Why have the leaves on my Clematis turned brown?
Browse Outdoor Photos on Houzz 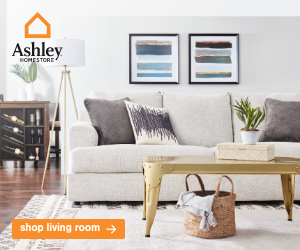