OK, it's not a wedding, but I can't find anywhere appropriate to post!

Where do you find/order centerpieces if the guest of honor doesn't want flowers or balloons, it's a formal dress catered event at a county club, and the only other thing I can find are those tacky fold-out accordion paper thingies? Those just won't do!! Candles are fine, but I need more than JUST candles!

Email
SaveComment9Like
Comments (9)
Thank you for reporting this comment. Undo

You could add surfaces to reflect the light or for the light to pass through - mirrors, glass drops, cut glass holders and that sort of thing. That way the light from the candle has something to play with.

You could contrast the lighness and movement of the flame with heavy bases, perhaps made of dark chunky wood or metal.

I suspect the aversion to flowers is a busyness complaint. I would try to keep it simple. You might be able to pull off some sort of Zen like feel, maybe a small sand and rock garden on each table.

Will it be a holiday event? Could you use some candles sitting on mirrors with some holiday greenery tucked in around the candles?

Does the event have a theme, birthday, holiday, new year's?

You could have bowls of fruit on the table--a combination of centerpiece and food!

Also, check out any local party-rental places, and see if you could rent large bowls to fill w/ colored water, and float candles on, or something else like that.

Why is the guest of honor even being bothered by such a mundane detail as centerpieces?

The occasion is a birthday, and because it's close to Christmas we want to avoid giving the impression of a Christmas party. The real birthday date is right before Christmas. As it is we are holding it earlier by 2 weeks.

The theme is Romantic Europe, as the guest of honor loves (or would love!) to travel. It's me who is avoiding flowers; not because I dislike them, but am trying to be a little more creative. Every banquet I have been to that had a centerpiece had just flowers, and they were all pretty forgettable. 12 centerpieces of fresh flowers would also be overbudget; and if they are going to be forgettable, why bother with the flowers? But now I'm stumped.

What if you got postcards, or pics from travel magazines, w/ a "romantic Europe" feel to them, and made them into some sort of sculpture? Maybe cut and glued a pyramid from posterboard, and then placed the pictures on it?

Or use postcards, and cut slits in them so they're interlocking, kind of like these toys, or like the link below, for a house-of-cards effect? The hard part might be getting postcards from Europe--you can find them on eBay and at specialty realtors, (here's another) but they may not be cheap enough, unless you can get someone in Europe to send you some?

Or fold photos, or wrapping paper, into some sort of basket?

Or, if you were going to do favors, you could have the favors be the centerpiece (perhaps small bottles of olive oil

(also, don't put too much pressure on yourself--centerpieces aren't supposed to be the star of the show; "forgettable" is fine)

Or just some great piece of pottery, which perhaps you could borrow or rent?

Here is a link that might be useful: how to make a house of cards

Since it's a winter party, maybe ice sculptures - now I know actual sculptures are prohibitively expensive, but there are nice molds from which you can make ice statues. There are lots of European statues you could use, Michangelo's David, for example. The only cost would be the mold and water. You would need somebody with a big freezer, too.

Or plants. My centerpieces for my wedding are going to be heart leaf rhododenrons. The plant will be in the center and the vines will run down the middle. I'm also going to put ribbon along with the vines. You could use real or artificial.

I REALLY like the idea pictures of Europe to use as centerpieces---I think that would be neat, economical, and conversation starters....

Since there are going to be 12 tables, what about making each table represent a different country with postcards spread around on the table and maybe a small replica of each country's flag.
Italy: candle in a wine bottle, grapes, gondola
France: eiffel tower, cheese
Japan: kimono, chop sticks
Australia: kangaroo, boomerang
US: Statue of Liberty
Mexico: Sombrero, ball in a cup
China: dragon, fortune cookie

It would also be a neat way to get the guests to mingle since everyone would want to see what is on the other tables.

Good luck and have fun!

I responded to your post on the entertaining forum, where you explained that this is a Sweet Sixteen party, but after reading naughtykitty's post, I thought of something else, too.

Like naughtykitty, I think it's easier if you expand beyond Europe, and use countries rather than cities. I also think it would be even more fun, and something you and your daughter (and perhaps a sibling who would like to be included?) would enjoy doing together, if you thought outside the box a little. For example, instead of the MOST obvious icons, such as the Eiffel Tower for France or the Statue of Liberty for the US, can you think of something that is a little less obvious and might even make the guests have to think a bit to find their tables? E.g., for United States, you could have an arrangement with things like a jazz or Motown CD, toy hot dogs (or apple pie!), jeans (Barbie sized), Navajo jewelry, and maybe a toy turkey or bison. For Italy, maybe a designer shoe or purse, a toy Ferrari, and an opera score; for Japan, something yu-gi-oh, a camera, and sushi; for England, something Beatles, a Harry Potter book, and Vegemite or Earl Grey tea or a Wellie boot ....

Like Save     December 2, 2006 at 1:14PM
Browse Gardening and Landscaping Stories on Houzz See all Stories

Flowers 10 Beautifully Blossoming Spring Centerpieces
By Samantha Schoech
Pick a single stem or gather a bouquet. Whatever your style, there's a fresh spring floral arrangement here for you
Full Story 43

Holidays Make a Showstopping Fall Centerpiece That Lasts
By Angela Flournoy
With flowers that will dry beautifully, succulents and wood circles, this organic arrangement will wow guests all season long
Full Story 40

Gardening Guides 8 Pickable Plants for Fall Centerpieces
By Kim Gamel
Cut flowers and branches make for seasonal arrangements both easy and lovely. Grow these in the garden for the look and feel of fall
Full Story 12 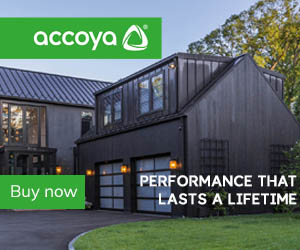 Destination wedding rehearsal dinner
14
Cold feet and engaged
11
Should married couples be split up in a wedding party???
51
Currently planning my wedding with a foreign bride. Any tips?
1
a nice message to our new family ..... ?
4
Browse Outdoor Photos on Houzz