FBI reports that online crime is at an all time high. So why are we hearing so little about it? Cyber crime has been estimated by the US Treasury to be more valuable than the illegal drugs trade - worth more than $100 billion a year (http://technology.timesonline.co.uk/tol/news/tech_and_web/the_web/article2844031.ece). What you don't see talked about much is that most large internet corporations are Mafia owned, and when a new successful company rises up, they buy it. Almost all online pornography is owned by mafia, usualy made from captive women & children in Russia or Eastern Europe. Large amounts of free spyware/antivirus software is created by mafia (http://www.timesonline.co.uk/tol/news/uk/article882386.ece), household names, & unsafe against their manufacturer, who create the kind of viruses etc. which you are trying to clean from your computer to begin with. About the only serious online non Mafia corporation is Microsoft, which is under continual attack from them, the reason you need continual security updates. You can read about how I came to know these things here: http://endmafia.com/

Home Tech On the Internet, Nobody Knows You're a Lamp
By Mike Elgan
Home appliances and devices are poised to get on the Internet and start messaging one another. Here's why that'll be great for you
Full Story 17

Home Tech New TV Remote Controls Promise to Do More — Without the Struggle
By Mike Elgan
Dim your lights, set up user profiles and discover a remote you can't lose. Welcome to the latest and greatest way to change the channel
Full Story 24

Most Popular How Bluetooth 4.0 Will Change Remote Control
By Mike Elgan
Manage lights, TV, refrigerators and more through your phone or tablet when the latest wireless technology rolls into all your home devices
Full Story 42 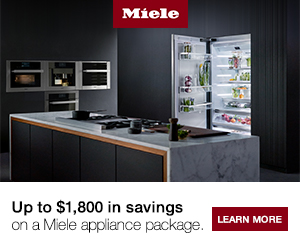 "Print" your own kitchen products, in your kitchen?
1
Need help with my kitchen decor
1
Is there a machine that does it all?
Napkin, printer question?
8
selection of photo album software?
3
Browse Outdoor Photos on Houzz