I posted on another forum what I am hoping will sprout for me this season-grow list.

Since then I have gotten way too many people (from this and that forum) googling around for free seeds,basically nothing to trade and a lot want a ton of seeds or a lot of varieties of anything from rare stuff to common seeds.

I love to spread the heat but on my own terms.

When I see a post about someone looking for seeds for whatever chile variety that I have a lot of I either send them an E Mail for a trade and usually do a S.A.S.B.E. or sometimes ignore the post.

I've been getting a lot of requests for commercial volumes of seeds FOR FREE these days-someone asked for seeds to grow 40 acres of peppers,offered a couple stamps and a baggie for seeds.

Even said they wanted me to set them up for making sales of peppers and sauce.

When I tell people I don't like people googling for free seeds from me I get responces that I'm not cool-to put it mildly.

I contribute seeds to several round robins without participating.

I am not obligated to send anyone seeds just because I grow a lot of varieties per year (1 plant per variety that I grow).

I also get some of the people I gave SASBE offers to in the past wanting me to send them seeds for anything i am growing for seasons after I helped them out before-expecting a sasbe.

Not all are from this site but a lot are.

I had to stop posting at some of the other pepper sites I visit because everytime I post a picture I get flooded with requests for stuff that took me years to find seeds for and grow sucessfully.

Basically I'm starting to regret my passion for spreading the heat at times and am thinking about not doing any more SASBE offers,which I like doing.

It's getting to the point that it's making my love of chiles and spreading the heat not as enjoyable anymore.

I don't know why some of these people are biting the hand that feeds them but it's getting too common these days.

Especially with the demand for super hots and insanely hot hot sauces with the seeds going for $1.00+ for some varieties.

A couple guys I trade with are seeing their seeds being grown out and sold (and made into expensive powders and sauces)by some people that got free seeds from them claiming they were new to pepper growing and read about that variety and wanted to grow them at home or whatever.

I'm just wondering if others are getting the same thing,there are people here that can easily beat my pepper collection and yearly grow.

I guess I'm tired of guys googling a pepper variety,finding a site I posted on about that variety,then joining the site so they can ask for free seeds for stuff I worked hard on getting in the first place.

I'm not a seed supplier or an expert on growing chiles.

I love spreading the heat but don't like being expected to give away seeds because someone is too cheep to buy the seeds they want for their commercial venture.

Between personal stuff going on and a really bad season last year,it's really getting to me right now with all the guys demanding that I sasbe them seeds after they googled a specific variety.

I don't sell seeds because growing chiles is my hobby.

Selling seeds would ruin my enjoyment of what I love to do.

I just deleated 15 or so seed requests/sasbe requests from the several sites I visit.

Some were from posts I did years ago.

Since I only hang out here I think it is the place for people that I'm posting about to read this.

I only grow non bell peppers and nothing else.

I guess since I've been getting so many Demands rather than requests for SASBE's I'm blowing off steam here.

GARDENING GUIDESSeeds or Seedlings? How to Get Your Garden Started
By Abundant City
Growing delicious herbs and vegetables starts with knowing your goals and when you want to plant
Full Story
17

HOUZZ TVHouzz TV: How to Make and Plant a Veggie Box
By Annie Thornton
See how to start edibles from seed, then transfer the seedlings to a box on stilts to make harvesting more fun
Full Story
38

LANDSCAPE DESIGNHow to Use Scrim to Add a Seductive Quality to Your Garden
By Jay Sifford Garden Design
Your garden may be asking for depth and intrigue. Give it what it wants
Full Story
10

HOMES AROUND THE WORLD9 Houses That Show Why Wood Is the Material of the Future
By Junko Kawakami
Most people may associate wood with traditional homes, but in these innovative, modern structures, its uses are really branching out
Full Story
47 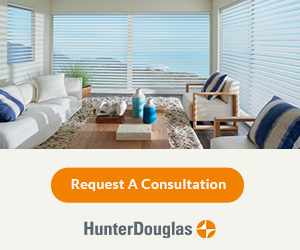