You're a time traveler--would you go to the past or the future?

I think I would like to go to the future and see if everything new and if we have global warming and to what extent.

LIFE10 Ways to Keep Your Home Safe While You're Traveling
By Laura Gaskill
Set off on your trip with peace of mind, knowing you've taken the right steps toward keeping your home secure
Full Story
34

LIFETime Travel to Houzzers' Childhood Homes, Part 2
By Becky Harris
Catch a glimpse of kit houses, bungalows, Tudors and more just as they were way back when — and listen in on the intriguing personal stories
Full Story
19

HOMES AROUND THE WORLDMy Houzz: A Family’s Rustic Refuge for Travelers in the Italian Alps
By Silvia Zanardi
High up in the Dolomites, a mountain dairy farm and restaurant offer up old-fashioned hospitality, memories and tranquillity
Full Story
74

APARTMENTSHouzz Tour: A Frequent Traveler Makes Himself at Home in a Hotel
By Allison McLeay
A once dark and drab condo in one of downtown Houston’s iconic hotel buildings gets a 5-star upgrade
Full Story
12

LANDSCAPE DESIGNExplore Your Garden Personality: The Traveler
By Jay Sifford Garden Design
Drawn to adventure and intrigue? These ideas will put discoveries around every turn of your lansdscape
Full Story
29

HOMES AROUND THE WORLDMy Houzz: Traveling Couple Find the Perfect Parking Spot
By Tamara Armstrong
A dilapidated tin shed becomes the dream home of two nature-loving retirees and their many treasures
Full Story
57 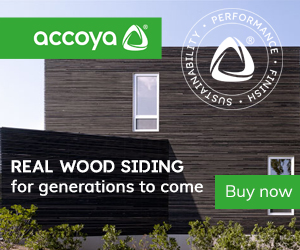 More Discussions
Talk to me about feta...
49