A Pox on You, Lars

I'd never heard of Escape to the Country...…until you brought it up. My cable company had begun offering Dabl, but it was being advertised as a new lifestyle channel. I'm perfectly content with HGTV; and I saw Dabl offered Martha Stewart and Emeril. Can't abide either one of them. So, I never stopped on the channel.

Until you brought it up. That night I tuned into Escape, and that was that.

Now I have the DVR set to record all episodes. We subscribe to Acorn TV and BritBox, so I'm getting a kick out of associating programs watched with places being visited during the home searches.

I guess it's a good thing we're still quarantining. I'd never have time to go galavanting anyway. :)

BTW, how is it that you are so skilled and proficient with the sewing machine?

Because now she has an addiction. I know the feeling because Lars addicted me to cryptograms! :-))))

The title is okay with me, although it did startle me at first - I thought, "What have I done now?"!!

I'm very much addicted to cryptograms, but I'm pretty quick with them now.

My cable company does not offer DABL, and so I have to watch it on antenna TV, which means that I cannot DVR it, and so I can only watch it when it is on, which is three hours every weekday, which is more than enough!

As for sewing - I had to teach myself how to sew because I was forbidden to use a sewing machine when I was growing up in central Texas. So as soon as I was able, I got my own sewing machine, bought some patterns, and learned from the patterns. I never felt that the patterns were any kind of bible, and so from the beginning I felt free to revise them to my own whim. Basically, I learned from trial and error, but I was very motivated.

Remember Motel in FIDDLER ON THE ROOF. How happy he was to get his sewing machine. A song that was written for the movie but not used was "Dear Sweet Sewing Machine."

Wow Lars, that’s very impressive! You were determined. I struggled thru sewing in home ec classes. A friend finished my smock for me. I just couldn’t grasp it. I love seeing your creations. Most of us struggle to find the perfect outfit or a piece of home decor but you can make exactly what you want! I remember my MIL would make seasonal curtains. Very fun! I wish I could make tablecloths. I’d have dozens. I have a tablecloth I bought at an estate sale that is magic! It never wrinkles. No tags, someone must have made it. I’ll see if I have it in a picture.

No such thing as over the air in a rural setting. For many years we didn't even have cable in the area. Had to have a dish.

I got the sewing bug from my father and grandfather. My mom couldn't even sew on a button.

I've always used patterns the same way as you, as a suggestion.

I was never a good sew-er; my mother and both sisters were, and even my dad liked to do some repairs and made himself a nightshirt after surgery. I tried so hard to properly follow the patterns but the items just didn't turn out very well. How I envy your abilities, Lars!

Another cryptogram addict here! Yesterday I achieved a major self-imposed goal. I hope it's helping my mental acuity.

Good for you, Lars ! Sometimes parents don't understand that we what we really need. I'm glad you finally got a sewing machine and learned to sew.

You can watch an unlimited number of Escape To The Country episodes on youtube if you have a smart tv. I love it too, have been watching for many years. I like the human stories as much as the real estate...

In order to maintain my reputation as an enabler, here's another link to the Cryptogram.

One thing I especially like about Escape to the Country is that all the houses are fairly unique - partly because many of them are so old and partly because they are farm houses (or converted barns) instead of urban dwellings. I'm somewhat curious about what houses in London look like, however, for comparison.

Lars if you do not already have it, download Google Earth. Last year as I was planning my failed trip to London to see the Chelsea Garden Show I used it to narrow down the locations that I wished to stay in. If you have more patience than I have you can go to street level and really see the house. I had little success in seeing some of what are called closes and mews which where access ways in the olden times.

Have you found any bargains or deals lately? :0)
15
Trans fat...how do you avoid it?
39
Does anyone have Glenda’s personal info.
16
I am here, but don't know for how long.
4
Annie Deighnaugh
67
Browse Outdoor Photos on Houzz 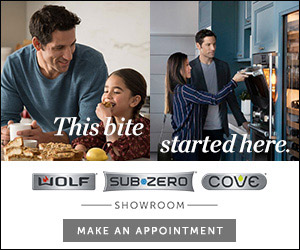