Pest under Mulch in vegetable garden

I need help with my garden! Four years ago when we first started gardening we purchased straw and put it down Hoping to have a no till garden. The first year it was beautiful and so productive. We even purchased a truckload of organic compost and put that down in hopes of having the best start we could. The second year, However, was terrible. We live in the south where the winters are not so rough on the bugs. The bugs not only wintered over in the ground over but it also gave them a great place to hide all summer. I should mention that we are surrounded by commercial farmland (cotton, soy, peanuts and corn). That year and the following year I tried every organic means I could find to rid our garden of pests, but it was a total fail. I took out the straw and mulched leaves, but then The weeds and grasses took over during a very wet summer. I want healthy soil and I would like an organic garden, but I'm about to think it's impossible in the south! This year, we are considering putting down commercial landscape fabric. I would appreciate any advice from experienced southern gardeners. Thank you!

GARDENING GUIDESHow to Pick a Mulch — and Why Your Soil Wants It
By Jocelyn H. Chilvers
There's more to topdressing than shredded wood. Learn about mulch types, costs and design considerations here
Full Story
59

GARDENING GUIDESShades of Vegetable Gardens: Growing Edibles in Less Sun
By Steve Asbell
See how one gardener produces a veritable feast of vegetables and herbs under a canopy of shade
Full Story
10

FARM YOUR YARDCool-Season Vegetables: How to Grow Beets
By Marianne Lipanovich
Give canned versions of this fall and spring garden favorite the heave-ho and discover its true flavor and colors
Full Story
27 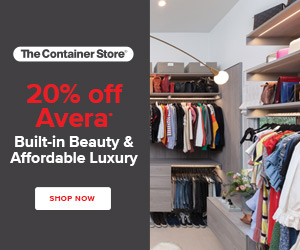