I am new to this forum but I am interested in the remarks from other members. I also wanted give a brief history of my Bluebird interest. I have a friend who informed me of a man who sold Bluebird houses. I bought three and placed two on a tree and one on a post in my back yard. In 2010 I had observed the first nesting in the house attached to the post. There were five eggs in the box. I was very excited to see the eggs hatch. After several days I came home from work and my neighbor told me that there was something at the Bluebird box. I checked it and found that all the eggs were gone but the nest was not even disturbed. I did not have a cone around the bottom of the house and I am fairly certain the thief was a snake. I was really bummed. After several of years of various other birds nesting in the box I finally got the Bluebirds back. This year (2014) I had two nests that fledged. I had read on the forum about feeding the Bluebirds mealworms. I started feeding the mealworms to the Bluebirds when the first nesting occurred. The feeder is very close to the nest and both the male and female ate the mealworms and fed them to the chicks. It is now December 21st and the Bluebirds are still here and eating the mealworms. It is expensive about ten dollars a pound but as long as they stay I will feed them. My only problem is the sparrows have now acquired a taste for mealworms and they seem to eat more than the Bluebirds. I am now looking for an alternative to the mealworms to feed the Bluebirds that the they will eat. So far the only thing they are interested in is mealworms. Does anyone have success in feeding the wintering Blues without mealworms?

You can get mealworms cheaper than $10 pound at various on-line mealworm sites.
Also, try the dried mealworms available at Walmart in the birdfeeding section.
Also the BB's may eat sunflower chips.
Good luck.

The problem is anything else you feed the Bluebirds the House Sparrows may take as well. House Sparrows will eat just about anything. I feed mealworms, and homemade suet to the Bluebirds all winter. Thankfully, I haven't had much of a problem with the House Sparrows this year. The other birds all love the mealworms too. I have Black-Capped chickadees, Tufted Titmice, and White-Breasted Nuthatches that also will get into the mealworm feeder. The only good thing is that the Blues seem to be dominant and the other birds back off until the Blues leave so they still get the majority of the mealworms.

kendra2003, can you share the homemade suet recipe you use. I have one also but not totally happy with it. Always nice to have a Plan B. Thanks

I used to feed live mealworms and actually bought a cage style feeder (from Blue Bird Nut) that only lets in 'small birds' because the cardinals and the bigger birds would eat them too ... but that got time consuming and expensive to put the food out 2x/day (I have 2 small kids and way more things to do) ... but now I buy Bark Butter from Wild Birds Unlimited ... blues love it. My husband cut up a birch log and cored a bunch of 2" holes for the bark butter to go in. Its perfect. All winter they have been eating that.

Yes. Bluebirds love mealworms! But the important thing to remember is that you only have to put out a very small amount every day. I usually put out 5 or 6 mealworms in the morning and 5 or 6 mealworms in the late afternoon. Bluebirds catch on very fast and they will soon figure out your general schedule. When I walk out to where I put the mealworms, the bluebirds often flutter around in the trees above or they'll perch very close to me (they know its "meal time" ("mealworm time"). If you're quick with your camera, this can be a good time to get some pictures. Below is one of mine. I even have a short video of a bluebird in a snowstorm waiting for mealtime. You can view it at BluebirdsPlus

Gardening Guides How to Bring the Joy of Bluebirds to Your Garden
By Rhiannon L. Crain
Attract these beautiful songbirds with nesting habitat and food sources, including berry-producing trees and shrubs
Full Story 54

Gardening for Birds Feed the Birds: 6 Plants for Abundant Winter Berries
By Therese Ciesinski
Be kind to your fair feathered friends during lean food times by planting a shrub or tree loaded with nutritious snacks
Full Story 31 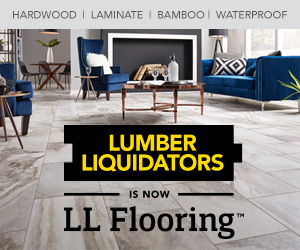 GoPro Slow Motion of Bluebirds Flying Side by Side
1
chickadee nest in my bluebird box
19
Bluebirds have abandoned nest
27
sudden death of our baby bluebirds
21
Help with house wren problem...
1
Browse Outdoor Photos on Houzz