Our neighbor is making a trip to the coast for some fishing and is bringing back some snapper (if they catch any) and fresh shrimp! I've been waiting for some fresh shrimp so I can make a batch of Frogmore Stew. With corn in season, too, I will be a happy girl ; I won't use frozen anything for this dish, so I haven't had it for a long time. I used to live in the community where this stew originated, in the middle of the Lowcountry in SC. (Beaufort) Everyone had their own version, though it can't deviate very much.

Ingredients for two, with plenty leftovers :

6 ears of fresh corn, shucked and cut in half

4 peeled medium onions, cut in half

A bunch of Old Bay or other seafood seasoning

Once the liquids get boiling, add some Old Bay (start with a Tb.) then drop in the onions to get them started. I like to add the sausage, too. It helps flavor everything else.

Peel one strip around the middle of each potato and add them once the onions have cooked for about five minutes. Cook the potatoes for about 8 more minutes before adding 6 of the chunks of corn. Be sure to add more seasoning!

In about two minutes, toss in the shrimp, which will only take a minute or so to pink up.

Ladle everything into a large bowl, with tongs and slotted spoons on the table. (Leave the broth on the stove in case anyone wants more corn.) Also on the table : a roll of paper towels, a bowl for the shrimp peels, S&P, butter, lemon slices, and Old Bay. Warm crusty bread goes well with this.

NOW! How should I fix that fresh snapper? Anybody have a favorite recipe or method?

LIFESimple Pleasures: A Relaxed Weekend at Home
By Laura Gaskill
To recharge your batteries, think about what you want to do, not what you have to do, during your precious respite
Full Story
46

MOST POPULAROvernight Guests Coming? How to Be a Great Host
By Laura Gaskill
Ensure a good time for all — including yourself — by following these steps for preparing for and hosting houseguests
Full Story
369

DECORATING GUIDESSail Through Special Occasions With a Ready, Gracious Home
By Laura Gaskill
Smile serenely in the face of impromptu parties, unexpected guests and last-minute gift giving with these ideas for preparing now
Full Story
37

Guest Picks: Advent Calendars for All Ages
By Brittany Egbert
Treats for each day until Christmas hide inside, but these charming calendars are a decorative treat for walls or tables too
Full Story
4

LIFESimple Pleasures: Indulging in Teatime
By Laura Gaskill
Get out the china cups and cream-slathered scones. Tea with treats can make even an uneventful day feel extravagant
Full Story
71 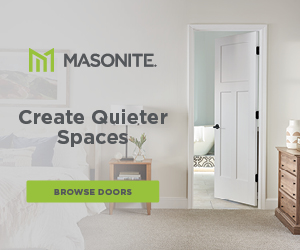