Who gives the bridal shower?

Who is responsible for giving a bridal shower, the maid of honor, the matron of honor, a best friend or just who?

I believe the maid or matron of honor coordinates it with the bridesmaids. The only people who aren't supposed to host a shower are direct relatives (gives the appearence of asking for gifts).

We just had someone discuss this recently about a twin sister and an aunt both wanting to host the shower. Tell us about your situation.

I believe it is the maid/matron of honor's job to give the shower.

No one is ever "responsible" for giving a shower. It is not an obligation or "the job" of the maid of honor, bridesmaids, or anyone else. Nor must there even be a shower at all. It's just a nice thing to do for someone. Often, the attendants and/or other friends like to give a shower, but it isn't their responsibility or duty, and I get queasy when I see people asking how to let someone know it is "her duty" to throw a party for the bride. How could a maid of honor who lives far away, or a teenage sibling, etc., even do it? Surely you wouldn't choose your attendants by guessing who could afford to give you the nicest party.

In our community, usually friends of the bride's or groom's parents give a shower or engagement party. I think often the couple's friends give a more informal one, too.

As dian57 pointed out, a close relative -- parent, sibling, or child of bride or groom -- does not "properly" give a shower -- it boils down to asking people to give gifts to a family member. A friend, aunt/uncle, cousin, or co-workers do.

Hi, Here in NY the MOB is very involved. This is recent, maybe, the past 10 years, since prices became sky high.

I am the matron of honor and have been told that it is my resposibility and I just don't have the time to plan it. I have 2 other weddings, 2 baby showers and a personal dinner from my previous co-workers. The wedding is October 16th and this is the last function on my list of things to do or be involved in. All of the above engagements are prior to the wedding that I am in. My husband is taking t he pictures as a gift from us. I have very limited funds right now with all of the other engagements that I have on my calendar. Just trying not to feel guilty if I don't plan this shower. I would certainly try to arrange to be there if somebody else gave it, yet my schedule is so busy. I might mention that this is a second wedding, the bride is a 45 year old grandmother of 3 and that this is a small wedding. Her daughter and I are the only attendants. She told me that all that she wanted was gifts of money because she had all of the things that she needed house wise.

For a second marriage, or a marriage later in life when people generally have what they need for the house, my friends usually just take the bride-to-be out for dinner. We all pay for our own dinners and chip in for hers. We give gag gifts. Maybe you could plan something like this.

Also, since she needs nothing but money, she doesn't need a shower, as gifts, not money, are given. The idea is to "shower" the bride with gifts.

If you decide not to give a shower, do tell someone, maybe her mother. Perhaps someone will step in.

A bridal shower may be given by anyone who feels close enough to the bride or her family....or the groom and his family....or the couple, to throw a party.
It is "customary" for the MOH to give a shower....because after all the MOH is usually the bride's best friend.
My daughter had a shower attended by the groom's friends and family....another by neighbors....still another given by her grandmother's good friend, a very big one by friends of her parents....and a small nice party by the MOH.
Parties should be given out of love....not obligation.
Linda C

I'd say, tell the bride you just don't have time to host it, and that you're uncomfortable throwing a shower for a second-time bride.

Do you know another friend of hers, to whom you could say, "I will be unable to throw the shower, but I know she'd be hurt. Would you be able to do something?" If directly asked, they might step in.

I agree that a shower in the traditional sense would be a bit overkill.

However, one thing showers provide is a chance to spend some time w/ friends and family who are excited for you. And to build links between the two sides of the family. It might hurt her feelings not to have that opportunity.

And there are lots of circles in which the bride's closest friend--the MOH--is generally expected to plan the party. Expected, not just by the bride, but also by other family and friends. As Lindac wrote, "It is "customary" for the MOH to give a shower....because after all the MOH is usually the bride's best friend. "

So they may not step in, thinking that you're going to take care of it.

In most of the circles I've lived in, the MOH or the bridesmaids are assumed to take on that responsibility. (We got shut out by family once, but oh well. No one seemed offended, so we didn't worry about it)

I don't think it is appropriate for a second marriage or a bride who is older to have a shower. At that point in your life you are likely to have all the basics you need for the home. I am getting married next month and refused to have a shower. Although it is my first (and last!) marriage I am 42 and have everything I need (and then some). I am not having a MOH, although friends and family wanted to do something I politley refused. Having them attend my wedding is all I want.

While an "older bride" may have everything she needs, no one ever has enough parties given for them. Just call it a pre-nuptual party honoring the bride and groom....and it can be brunch, drinks, dessert and coffee or a whol big deal rent-a-hall dinner party.
Linda C

I agree that no matter who gives it, an engagement party, luncheon, tea, whatever, is a lot more appropriate for a second marraige than a shower, especially when the bride and/or groom already had a shower at the first marriage, and/or a big wedding with lots of gifts.

It would be fine to have a recipe shower or something like that, though. Personally, I prefer those even for first marriages, unless the couple is truly in need of basics for housekeeping. Anyone who has already had an apartment or house probably has most stuff, and there is no reason that you need all new or all matching just because you are getting married. In fact, if the bride and groom have both been living on their own, they probably already have DOUBLE of the basics.

My high school buddy is getting married and his fiance and I have become good friends over the last couple years. She has invited me to be part of her wedding party with a total of six bridesmaids and one junior bridesmaid. I have only been in one other wedding and the Bridal Shower was a gift from her mother and I was not involved in any of the planning. I suppose my thought process is naive, but I recently ran into one of the bride's good friends/bridesmaid who said the moms, maid of honor and her just had a bridal party meeting the day before. I wasn't aware of this and with the wedding in August and trying to just come up with money to pay for the down payment on the dress, I hadn't even thought about a bridal shower. The mother of the bride contacted me yesterday as a message was put out to everyone and I was accidentally left off to discuss plans further. To be honest, this is all financially overwhelming at the moment. My impression from the conversations at this point is that everyone needs to have a part in paying for the event. I'm not trying to be rude, but should I have known this or should someone had asked me or suggested to me that I help pay as oppose to just assuming? I can absolutely give my time, but financially I cannot give much. I don't want to be a jerk and not help financially, but is it okay (as I feel it would be smart) to tell everyone what I am realistically able to contribute? I want the bride to have a nice party of course, but waiting for the mom to come up with how much family is going to be invited and what-not and making me nervous.

I thought it was also best to ask the bride who she wants to come in case we miss someone and I was also told it is important in case she rather someone not come. What is everyone's thoughts about the bride knowing when the party is? So far I heard, she should know so that she can properly be prepared. Of course we would make sure she looks cute.

Like Save     February 7, 2011 at 9:44AM
Browse Gardening and Landscaping Stories on Houzz See all Stories

Decorating Guides Make a Wedding Memorable With a Bridal Shower Brunch
By Kristy Woodson Harvey and Beth Woodson
Brides deserve a wedding shower as beautiful as they are. Gather ideas for a lovely fete from this bridal brunch designed by a pro
Full Story 1

Most Popular Homeowners Give the Pink Sink Some Love
By Mary Jo Bowling
When it comes to pastel sinks in a vintage bath, some people love ’em and leave ’em. Would you?
Full Story 269

Bathroom Design 7 Reasons to Give Your Bath Zone a Living Room Vibe
By Natasha Saroca
With a few living room–like touches, you can transform your bathroom into a practical, relaxing retreat that’s overflowing with personality
Full Story 48 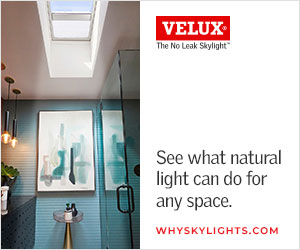 Wedding photographers and editors.
4
Plated vs buffet dinner
7
What is your opinion on 'Farewell Sparklers'?
28
a nice message to our new family ..... ?
4
Casting Engaged Couples Wanting Parent's Approval
2
Browse Outdoor Photos on Houzz