Here's a sad little story about how one of my best friends that I have known for 15 years got married and how I was uninvited to teh weeding.

George and I had been friends since high school and have experienced many adventures and have remained close friends for many years. All that changed when he suddenly joined this "cult" ,as I call it, called Prepaid Legal. For those of you familiar with this organization/pyramid scheme you know exactly what I'm talking about. After he was brainwashed by these people he changed. He no longer enjoyed hanging out and talking. No longer enjoyed going hiking or catching a movie. No longer seemed to enjoy doing the things he used to love to do. Now he was consumed by this prepaid legal obsession and that's all he would ever talk about and if we went anywhere that's all he would ever do. It was almost as though he was a born again christian shoving jesus down your throat every chance he got. Sadly, this did put a strain on our friendship and we saw each other less and less.

5 years later, after only a few phone conversations and meetings he calls me up one day and tells me he's getting married. I didn't even know he was dating anyone so I was in shock. He asked for my address so he could send me an invitation. I gave it to him.

Three weeks before the wedding I had still not received the invitation. I called him up to find out what happened. I was assuming the postal service lost it or he sent it to the wrong address or something. His response was "Oh, we decided to have a more intimate wedding with some close friends and family". So I asked him again about my invitaion and he responded with the same response. In other words, I wasn't considered a close friend anymore. We were best friends for so long and now I'm suddenly not good enough to be invited to his wedding but yet I'm sure all of his Prepaid Legal buddies were invited.

So, there's my story. I'm still angry over the fact that he called and told me he was getting married and then asked for my address so he could mail me an invitation when he really had no intention of inviting me in the first place. I would have rather not been told about the wedding and found out later on then what he did. He's dead to me and our friendship of 15 years is totally over.

Moral of the story. If you don't really want a person at your wedding, don't mention youre having a wedding.

Never heard of Prepaid Legal before, don't care to know what it is. I am sorry for the loss of your friendship. It was a nasty thing to uninvite you to the wedding, but you probably wouldn't have had a good time anyway. All the people would be talking about PL so consider yourself lucky you didn't attend. NancyLouise

I know what Prepaid Legal is. A best friend got 'into' it, thinking it was the most wonderful thing in the world, and that 'everyone' would automatically 'want' to buy it.

Being a best friend, she asked me to 'just watch' the video. She said it was really neat! I did just that...watched it, and then told her it was something that 'some' folks may want to pay for every month for the rest of their lives, but I wasn't one of them. Didn't foresee needing an attorney anytime in the next 10-20 years or so. She soon dropped out of it...finding it wasn't the great easy money maker she thought it would be.

I think your friend sounds really hooked on it....determined to be one of the few at the top of that pyramid...What it might all boil down to is his worship of the almighty dollar, and not value such 'things' as friends and old friendships. Sounds like he has set himself up for a rude awakening sometime on down the road. His loss. Like Nancy said...all his 'friends(?) are probably all ate up on that PL crapola.

FWIW, I've had a number of former friends who become involved in various similar schemes (mostly dietary schemes in my case) over the years. They became "former" at the first moment I realized I had been transformed from a friend into a prospect in their minds and in their conduct toward me. Every conversation included their agenda. Every "party" invitation was actually an invitation to one of their in-home promotional sessions. Basically, they turned into cons. I don't need people like that in my life. Regretably and amazingly I'm talking about formerly very close friends. IMHO, whatever happens is, indeed, similar to a religious conversion. They became entirely different -- and very self-interested -- people.

Sorry you've lost a friend. But you certainly have lost them.

It really sucks that you were previously invited to your friends wedding and then unannounced uninvited,

BUT - You said it HAD been 5 years. People change dramatically in 5 years. Its very interesting to note that some people you may not consider that good of friends (anymore or at all) consider you a very good friend of theirs.

If I've fallen out of touch with someone, chances are they won't be coming to my wedding - nothing personal it's just one less person to spend on, especially if they would bearly notice. I don't expect to be invited to their weddings either.

Your situation is slightly different because you were contacted about the news and invited (and it sucks to officially know you're not best friends anymore) - but just a thought on the other side of the scale...

Like Save     August 12, 2008 at 2:55PM
Browse Gardening and Landscaping Stories on Houzz See all Stories

My Houzz My Houzz: Cozy and Family-Friendly in a Colonial-Style Home
By Jordana Nicholson
Original architectural details and treasured heirlooms shine in this Missouri home, thanks to the owners’ simple, classic aesthetic
Full Story 40

Weddings How One Couple Got a Perfectly Intimate Backyard Wedding
By Lauren Piasecki
Vintage pieces, natural materials and close family and friends are an ideal combination for a Pittsburgh couple
Full Story 90

Suzan Meredith Design
11 Reviews
Ashburn's Innovative Interior Designers
2x Best of Houzz Winner
Our design services are tailored to your unique needs, timeline and budget. With your vision and our expertise,... Read More 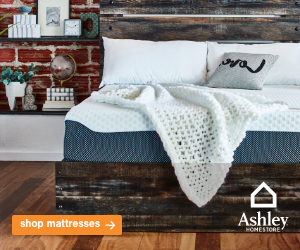