Are any single boomers interested in discussing ideas for establishing a small, supportive community?

If you can get this forum active again, that would be great.

Not sure what you mean by that. If you mean a housing development, I am already there. I would love to get the ***l out of it. Stupid rules and regulations. Can't even take out a bush without permission.

No, I mean where a group of us pools together to start a small
one of our own. We'd make our own rules!

Are you talking about 'online' or a physical structure?

Definitely a physical structure in the real world.
Maybe we pool together to buy some land, and build
several separate cottages with a central place for meals
and socializing. A handyman and caregiver could live
in two of the cottages, so they'd be onsite. It'd be for people who don't want to end up living alone.

You have got to be kidding, pool our money with perfect strangers? I don't think so.

When you all get it up and running, post here.

You may want to research the growing and active aging-in-place concept called the Village Movement. Groups are forming all over the country. Here is an article.

Here is a link that might be useful: Senior villages

Have you searched for co-housing communities? It sounds like that might be what you want.... it can be a bunch of friends who buy a large home together or a plot of land where they build their own tiny homes but where there is also a larger communal space built for times when folks want to socialize. There are existing co-housing communities all over the U.S. though they do tend to be more common in some parts of the country versus others due to culture in some, and perhaps cost of living in others and/or local real estate laws and taxes being prohibitive.

I live in NYC and am interested in such a thing but there's none to speak of in NYC due to the tough real estate market here. So I think what some folks in NYC do is they find a few friends and get a loft space or else a house in one of the outer boroughs. I've heard of a few official co-housing initiatives in NYC where folks wanted to try and build a community from the ground up, but my sense is that all were stalled or 'died'. I personally would not want to get into such a community with friends but would rather do so with people I didn't know. I never like to do anything 'business' related with friends. I've heard too many stories of friendships being ruined.

I am a male aged 59, single. I had posted on the "Downside Of Living In A 55 + Community". I would want to someday live in a community like that. I don't know how to go about it. There are apartments that are very high in rent where I live.

I own a condo - a two bedroom unit; and I live by myself. I like it that way but there are times that it gets lonely, especially on the weekends. I keep myself very busy; but a lot of the things I do are just solo stuff. I have wanted to move out of where I live. I feel that I don't have much in common with the people around me and my neighbors are not friendly. Also I want to cash in my place and rent instead. I have no one to leave my condo to.

There's a book I've been reading and it's pretty good that talks about this. It's called How We Live Now In The 21st Century by Bella DePaulo.

I'm 54 and soon will be moving to a small condo. I'm no where near retiring yet, but I like the idea of community living. I am an introvert and need my own space, but having a common area where we could all hang out and socialize would be great. The building I'm moving to has several units...I hope there are friendly neighbors awaiting me.

I currently live in a small apt in a rental apt bldg in NYC. NYC living is interesting insofar as, there are so many people just like me, single, and who live alone. Sure, we have busy lives, and many of us have friends, but...often plans need to be made in advance...and as we get older, well...it's not as easy as when we were 20-somethings who just meet up at a bar ...

So at my current age of 53, I (and many of those like me in NYC, I suspect)... we work during the week, might go to the gym or meet a friend for dinner now and then...but most nights just return to our apartments, alone. And so all over this city, there are millions just like me. We are all holed-up in our little box apartments and perhaps, some of us feeling rather lonely.

While I'm an introvert in some respects and generally like living alone, there ARE times I feel lonely and just think 'why is it so hard sometimes to just meet up with someone impromptu...why does everything take planning etc?' I think part of the problem (at least in NYC) is that there's this unwritten rule...people become accustomed to how things ARE, but never question it, or try to CHANGE things.

My small apt. building has the bldg owner on the first floor who lives with his family. There is then a total of 7 rental apartments in the building, and 6 of the 7 apartments have single occupants like myself. 'How crazy is this?' I thought. Here we are, all living alone, each in our own little apartments every night. Can I be the only person who'd love to have a little 'community' of neighbors...you know, sorta like the old days? ;-) ...where we can see each other in the hall, say 'Hi', pop over for a drink, etc? But again, I think this 'un-written rule' prevents people from doing anything or even considering being any other way. 'People want their privacy' people tell themselves. Or 'they'll think I'm weird...you just don't do that in NYC'.

Well, I decided to take a chance. Right before the Christmas holiday, I put a flyer up in the hallway, announcing that I would be hosting a small holiday gathering and that I'd love for folks in the building to come. I added my mobile # and said they could text me their RSVP.

Some neighbors indicated they'd come, maybe one said they couldn't make it, and maybe two didn't reply at all (which was ok...I was more interested in knowing who COULD make it). It ended up being a nice little gathering. Since then, I had the one 'couple' in the building over for brunch. Another attendee, while a very nice young woman, isn't someone I'd normally want to engage with one-on-one. Nonetheless, her coming to my party helped create a nice 'neighborly' relationship for me and her (which is good since her apt. is the only other one on my floor). And with another single neighbor, we bumped into each other the other day on the bus, and she and I agreed to connect soon to go for a drink. (...and after agreeing to that, she also mentioned to me that most of her friends in NYC live outside our neighborhood...that she really has no friends in the immediate area...which to me again confirmed what I'd already been thinking...that I might not be the only one in the bldg feeling 'lonely'...)

My point is, I recognized a need that I myself had (and which I also suspected others in the bldg. might have), and I took a chance, and it paid off. Sure, not everyone is necessarily going to respond favorably. There's one other guy in the building (possibly gay I think)...he seems very 'nice', but my sense is that he's simply not interested in getting too friendly and/or he's just very shy. Either way, I'll continue to invite him to my larger gatherings I may host, but I wouldn't ever suggest he and I get together 1:1. I get the strong sense it would be awkward. But as they say, you need to cast a wide net to catch a few fish. I now have the wheels in motion to potentially have a new 'friend' or two in the building... ;-)

Most Popular Togetherness Take 2: Is a Cohousing Community for You?
By Jen Dalley
Missing that sense of connection? Consider the new breed of neighborhood with a communal bent
Full Story 160

Features Community Spirit: The Neighbors Who Became Family
By Sara Norrman
A collective-living project in Sweden offers the privacy of a home and the benefits of family life, including home-cooked dinners
Full Story 25 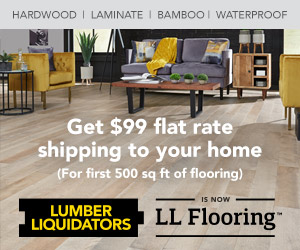 What do you for entertainment
10
Browse Outdoor Photos on Houzz