Okay, so I am about to make the biggest decision of my life and I need some honest advice from someone other than my family. I have been with my boyfriend for over 2 years, and we have been living together for over 6 months. I am 27 and he is 32. Things are going great but the whole idea of marriage scares me because my parents had a horrible marriage. To me, it just feels like I am legally binding myself to someone! Anyway, what is most important to me in LIFE is having children; I have wanted them for as long as I can remember. All of my friends are having kids and starting families. My boyfriend is not one to talk about his feelings, EVER, so other than the fact that we live together and things are going well, I have no idea where our relationship is going. I have tried bringing it up to him, but he is just not easy to talk to about these things, and I am always left feeling no better off about our future than I did before. I am SURE we will get married one day, but when??

I have always wanted to have kids by 28 and I know timelineÂs get messed up, but this is too important. What I really want to do is go off the pill and get pregnant. We both have wonderful jobs and a house and are in a stable relationship and I know that he will love his baby, but I make a wonderful salary and could support the child on my own if I ever needed to. I want to do this so bad that I donÂt know if I can turn back at this point. Accidents happen on the pill all the time, and who knows, it could end up happening anyway. He is just such a slow mover; I donÂt think the kid conversation would even come up until IÂm 30! I know 30 is young and TONS of people have kids at 30 and above, but I canÂt give up my dream, and then what if we end up not working out anyway? Then IÂm back to square one! I have one of those mothers who is just so outside the box and I love it. She knows our situation and can see that everything would be just fine. She thinks I should just go for it, but I also want an outside opinion. What do I do?

Email
SaveComment8Like
Comments (8)
Thank you for reporting this comment. Undo

I would insist he talk to you, tell him you want children now. You need to know if you should waste anymore time in this relationship. He may not want any kids, if not you need to know, so you can move on. If he says not now,later, not sure you can trust that reply.

Hi purple,
First if I come across as unsympathetic PLEASE I hope you understand I do not mean it that way but you may not get the answers you want. I think 27 is WAYYYYYY too young to worry about not getting exactly what you want in exactly the right time in life. That is the biatchhhh about life....it kinda does that to you. It does not usually work out exactly how we have it planned. I think it is deceitful and very morally wrong to trick a man into fatherhood. MAKE him talk to you and if he is not ready move on to someone that can fulfill that dream, or heck do it alone. The problem is that if you ahve a relationship that you are in that is stable, that is great, but heavens you can not even talk to the man honey, that is a HUGE HUGE red flag! Even if you do go ahead with it and end up divorced and CAN support the children on your own your now ex may sue for partial custody and you lose your babies half the time! Also, children are more than just needing a salary to support them, they are VERY hard to raise, especially alone. I don't want to dissuade you from children, or even single motherhood by YOUR choice without trickery, as it IS the most joyful job you will ever have. But really think long and hard before you do this, forced parenting may work out for some but total dishonesty from your life partner, how could you live with that? Good luck.

Don't do the wrong thing. To 'forget' the pill is an awful thing to do. It's selfish and wrong. You owe it to your kids to do things right. And to yourself and your partner. If a marriage doesn't work out it's a whole different game; but to intentionally already contemplate it is really bad.

And what do you mean that you don't know if you can turn back on this point?? What a load of ... That is just a way in your own mind to somehow try and escape the responsibility of your 'decision', as if you don't have to own up to it. I feel very worried for your partner, nobody should be treated like that. And if he can't talk about things, than he'll need to learn! No reason to than pypass that with your own little plan. Take him to a counselor and bring up the issues that are important to you.

I'm thinking is this post for real? Do people like you still exist? Any idea on how badly a divorce can damage children? Try and read a bit about that maybe (and yes I'm on the stepparents forum so I know that side)before you do something stupid. Why not be single and get a sperm donor? Or just give it a couple more years...

"...it just feels like I am legally binding myself to someone!"

Ummm....what other did you think it was?

"My boyfriend is not one to talk about his feelings, EVER, so other than the fact that we live together and things are going well..."

"I have no idea where our relationship is going."

Don't have children until you do.

"I have tried bringing it up to him, but he is just not easy to talk to about these things, and I am always left feeling no better off about our future than I did before. I am SURE we will get married one day, but when??"

Sounds to me like you're friends with "benefits." You're not describing husband material here other than your excited suppositions.

If you want this man to be the father of your children, you need better communication/understanding with him than you've written about. Since you say your attempts at it have been failures, you might consider the message in that. Lots of men are "slow movers" because their women let them be so. Some are that way because that's the way they want it -- which usually means good company, good money, good whoopie, no strings, and no children.

He's 32. You've known him and lived with him for a long time. Don't let him tell you he doesn't know his mind on these topics. Get it on the table. And don't make him a father if he doesn't want to be. Do that and you'll likely ruin three lives....and one of them innocent.

Purple, the first thing that comes to my mind is that in order to be a good parent you need maturity. Anyone who would scheme to become pregnant when her partner is obviously not ready lacks maturity and common sense. You say that you are sure you will end up married someday but I wonder how you come to that conclusion. Sounds to me like you need to open your eyes and get your priorities straightened out. Take it from a single mother (widow) raising a child alone is one of the most difficult things you will ever do. Good luck. Satine

What you are suggesting is worse, because it involves not only his life and yours but the life of an innocent child.

Talk to your boyfriend. If he won't communicate now, you're in for heaps of trouble later.

I know the urge to have a baby can be strong. Keep strong. Your baby, and your lover, will thank you later.

I do not understand how you can be with someone two years, move in with eachother, and then still not be able to talk about a future (marriage, children, etc.).

You need to have the conversation with him about marriage and kids. But DO NOT trick him. Ya, he may marry you after you have "accidentaly" become pregnant. But he may also resent you and then cheat on you or eventually divorce you.

Like Save     February 21, 2009 at 8:34PM
Browse Gardening and Landscaping Stories on Houzz See all Stories

Decorating Guides 5 Interiors That Nail the ‘Perfect Imperfect’ Look
By Emily Hutchinson
Explore the beauty of accident, age and patina in these homes
Full Story 53

Nursery Ideas Room of the Day: A Happy, Gender-Neutral Nursery in Brooklyn
By Erin Carlyle
Designers create a bedroom for a baby whose gender remained a surprise until birth
Full Story 15 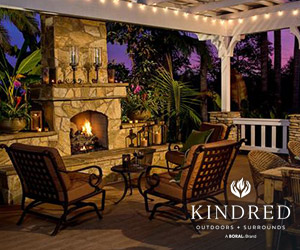 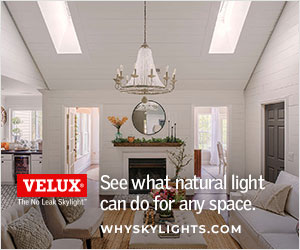