Best Place To Retire???? How about Asheville NC?

I'm retireing in 8 years and want to move out of Chicago. I'm a city gal through and through and now I feel it's getting too difficult to meet new friends. I live in a high rise and never see any of my neighbors.

I've been doing a lot of research on the internet for the best place to retire. These are my top requirements: Cool climate, water, i.e. lakes, rivers, close to a town with a lot of fun things to do, (I want an open minded town), animals allowed, and NO GOLF COURSE communities.

I just returned from Asheville N.C. I was looking at vacant land to build a house on in the mountains. I was very surprised at what I found when I visited the small town. It is very artsy! They are into yoga, organic foods, alternative lifesyles and they seem very open minded. I really liked the people.

I'm scared to death to make the move from a big city to a small town. Do any of you know much about Ashville? How about Santa Fe NM or Sedona AZ?

Where should I go? San Fransico is too expensive.

Here is a link that might be useful: Asheville NC

FUN HOUZZHouzz Call: Tell Us About Your Dream House
By Vanessa Brunner
Let your home fantasy loose — the sky's the limit, and we want to hear all about it
Full Story
155

HOUSEKEEPINGHow to Relax and Put Housework in Its Place
By Janet Dunn
If household disarray is making you stressed and unhappy, try coming at it from a different point of view
Full Story
152 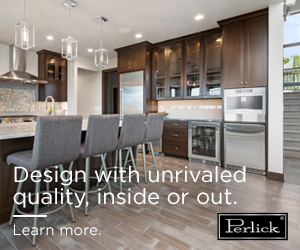 More Discussions
When did this become acceptable?
128
KT Gatherings used to be kept up by Joanne, I believe.
18
Birthday and simple pleasures
29
Wednesday's Daily Quiz
10

Wednesday's Brain Game, a new one
17