I really only ever had one. Comes from living on the coast. I want to drive all the way down highway 1 to the very southernmost tip of the Baja peninsula, and watch sunrise on January 1st. Sounds kind of stupid now that I'm saying it.
But I still want to. I think that will happen December 2023. I'm ready!
What items do you have left to do that you want to do, even if it's stupid?

BARN HOMESOn an Architect's Bucket List: To Live in a Barn
By Bud Dietrich, AIA
Barn renovations celebrate the comfort of simple, big shapes, tied to the land
Full Story
32

BATHROOM DESIGNA Designer Shares Her Master-Bathroom Wish List
By Jennifer Ott Design
She's planning her own renovation and daydreaming about what to include. What amenities are must-haves in your remodel or new build?
Full Story
383

KITCHEN DESIGNA Designer Shares Her Kitchen-Remodel Wish List
By Jennifer Ott Design
As part of a whole-house renovation, she’s making her dream list of kitchen amenities. What are your must-have features?
Full Story
333

LIFEHave the Kids Left Home? 16 Things to Consider
By Mitchell Parker
‘An empty nest is not an empty heart’ and other wisdom for when the household changes
Full Story
52

FEEL-GOOD HOMEThe Anti-To-Do List: 10 Things You Don’t Need to Be Doing
By Laura Gaskill
Aren’t you busy enough? Give yourself a break and consider letting these tasks go
Full Story
172

INSIDE HOUZZUsing Houzz: Create a Home To-Do List
By Becky Harris
See how to use an ideabook to keep track of your home projects this year
Full Story
61

MOST POPULAR63-Square-Foot Laundry Room Fulfills a Long Wish List
By brennamedia
See how a designer configures a cheery room to hold a folding area, a drying rack, a utility closet, pet areas and more
Full Story
101

BATHROOM DESIGN18 Dream Items to Punch Up a Master-Bath Wish List
By Jennifer Ott Design
A designer shared features she'd love to include in her own bathroom remodel. Houzz readers responded with their top amenities. Take a look
Full Story
118 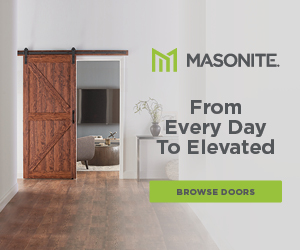 More Discussions
What are you reading? October 2022 Edition
25