Any experience with All-Clad D5?

They seem to consider it a step up from their traditional tri-ply D3. With an additional stainless layer sandwiched in the aluminum core, from what I’m finding it’s slightly heavier, slower responding, more even heating. I kind of doubt I’d actually notice the cooking differences, don’t care much about the weight. It also adds a flared edge which I’d like.

I’ve got my eye on a set that actually has mostly sizes that I want, but I figured I’d ask here about real world experience before pulling the trigger.

HOUZZ TOURSAll Aboard! A Return Voyage for 5 Stylish Floating Homes
By Bryan Anthony
Take a peek at these inviting homes on the water
Full Story
25

MOST POPULAR5 Ways With a 5-by-8-Foot Bathroom
By Mitchell Parker
Look to these bathroom makeovers to learn about budgets, special features, splurges, bargains and more
Full Story
400

REMODELING GUIDES5 Ways to Protect Yourself When Buying a Fixer-Upper
By Christine Tusher
Hidden hazards can derail your dream of scoring a great deal. Before you plunk down any cash, sit down with this
Full Story
47

WORKING WITH PROS5 Steps to Help You Hire the Right Contractor
By Dylan Chappell Architects
Don't take chances on this all-important team member. Find the best general contractor for your remodel or new build by heeding this advice
Full Story
47

ECLECTIC STYLE5 Reasons to Hit That Secondhand Store
By Laura Gaskill
New things have their place, but old things have a history and beauty all their own
Full Story
203 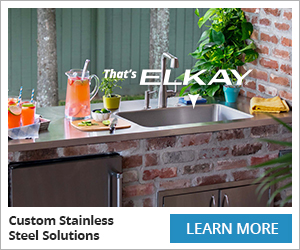