My husband died. I foolishly called Frontier Communications to tell them to put my name on the account from now on. They express sympathy and condolences and say no problem. Next month bill comes in much higher than I had been paying. From then on, every monthly bill is a different amount, but all are higher than I had been paying before I told Frontier my husband died. BTW, the bills had been paid on MY credit card, not husband's. For several months, everytime I call them to complain about the incorrect bill, they say "No problem, they'll fix it." Well, my husband died last year and they still haven't gotten it right. I have to pay the high bill to keep my phone, TV and internet service. I filed a complaint with my state utility commission, but so far no action.

Did your husband get some sort of discount that you aren't eligible for?

Maybe tied to his employment or where he retired from?

I hope they get it fixed for you.

Lisa, have you asked to speak to someone higher up the chain? Tell them you're thinking of switching providers because your bill suddenly went up. They will probably transfer you to a 'retention specialist' and you may be able to get your bill lowered that way, or at least some sort of explanation as to why it went up.

Did your husband get some sort of discount that you aren't eligible for? Maybe tied to his employment or where he retired from?

This is a good possibility. We used to get a discount on our cell phone plan because of my husband's work. When he retired, and we were no longer able to provide proof of employment (which they verified each year), we started paying the regular rate.

Rates may have been raised and your former account might not have been updated to reflect that - until the name on the bill was changed. Sometimes companies have 'legacy' accounts that stay at a lower rate despite rate changes.

Frontier here sucks. I've considered dropping our land line, but my mom & other family still call on it. I've never bothered with their TV/internet services because they're inferior.

Thanks for your suggestions, but:

No special discount for employment or status. Just plain folks who are old and retired; the bills would go up slightly over the years, but nothing like this. My conversations were with the retention people. And the supervisors. I need landline because cell service is weak. Also, Frontier is the only internet service available. I'm too far from a connection for cable companies to wire my house. I've called other companies and they generally don't even call back to give me a quote on the cost of laying cable to my house.

I'm not unhappy with their service; just their bills. It's a dramatic solution, but I may have to actually move to get relief from these horrible people. They shouldn't be able to suddenly change rates and charge me more just because I'm too old to figure out what to do. I never should have called them, but I never thought this would happen. So I'm warning everyone not to tell any company with which you do business about any changes in your house.

I suspect the most likely explanation is the rates went up. That is why I have refused to have cable internet, phone and TV at my home for years.

Oh, I did, once, and the "introductory" rate was really good -$35 or so. At the end of a year it went up precipitously. And what you're doing is what A LOT of people do: call, and get put through to the 'retention' department, and my guess is each time someone answers the phone he / she cuts you a break for a month or two- just like they did with me when I called to complain. Looking at our local cable company now, I see tons of offers good for 12 months. NOWHERE does the web site state what the price will be after that.

It's a poorly kept secret that the people who call and complain about rate increases will get a break. Loyal customers are treated poorly, new customers get all the breaks. Go figure.

My father died 20 years ago. My Mom’s phone bill is still in his name.

Like Save     February 1, 2020 at 6:18PM Thanked by Lisa
Browse Gardening and Landscaping Stories on Houzz See all Stories

Most Popular 9 Smart Charging-Station Solutions for Decluttering Your Cables
By Yanic Simard
Bring some sanity to your gadgetry with these nifty solutions for storing, charging and organizing your devices
Full Story 46

Life 7 Tips to Get With a New Minimalist Mentality
By Alison Hodgson
Feeling overwhelmed by your stuff? Here's how to pare down, simplify and keep just what you need and love at home
Full Story 281

Feeling guilty because I miss my dog
177
A movie about grief
The nightmares of death.
14
Will I ever see her again its 4 years since my grandmother died
4
My friend lost her spouse very suddenly & I don't know how to help her
9
Browse Outdoor Photos on Houzz 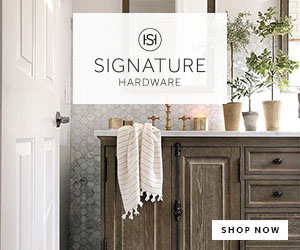