Shrub or very small tree for front of house.

I've been looking up "small trees" and apparently MY idea of a small tree is not anyone else's. Most garden books and websites consider a small tree 30' or so. No. What I want is a tree that would stay well below the attic window in this old pic of the house:

We were told that Little Gem Magnolia would only get about as high as the sill of the window above, but this is what we have now:

At the two corners are podocarpus "Maki" and below are "Mojo" pittosporums. We lost one pittosporum with a plumbing leak--plumbers pulled it out before I could stop them and ask them to do it properly (or we could do it ourselves).

The podocarpus are there because we have a line of them growing all along the side of the house that gets full sun--just to try to keep our bedroom a little cooler. Guy who planted them thought it would look better to tie them in with the rest of the landscape by putting two in front. (If I had known better I would not have planted either the Makis or the Mojos because they have gotten frost-bitten in the last several winters.)

What I've wanted to be able to do is attach a flag bracket from the attic window sill so we can have a flag on holidays as some of our neighbors do. I also have some large house flags for Christmas that it would be nice to hang too. So whatever I put beneath would have to stay well below the sill.

I am not married to any idea except that it be inexpensive and super easy to care for. I literally do not go out in the summer (because of lupus) so I need plants that don't need much care.

TREESHow to Buy Healthy Trees and Shrubs
By Falon Land Studio LLC
A healthy young plant with a strong form is more likely to do well in your yard. Here’s what to look for at the nursery
Full Story
8

GARDENING GUIDES10 Drought-Tolerant Shrubs That Thrive in Full Sun and Reflected Heat
By Noelle Johnson Landscape Consulting
Got a hot spot in your garden where plants often die? Try these tough shrubs that add beauty while shrugging off the heat
Full Story
41 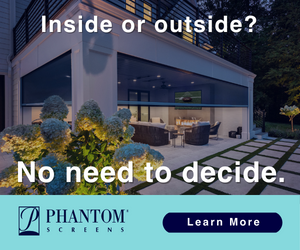 More Discussions
Do these roses have a compact,bushy, neat habit?
10

Mexican Flame Vine seedlings crammed together in a pot - What to do?
6