Poster Suggestions for Flats to be Made from Recyclables

Assorted recycled flats.
Many of these suggestions have been made by forum posters....all it takes is a little imagination and you can turn a cast-off recyclable into a mini-greenhouse. Thanks to all the posters who have contributed their ideas to this FAQ.

I have used plastic milk jugs and 2 liter soda bottles too, just cut around the middle almost all the way through. Make the drainage slits. Fill with dirt, water, drain, sow, cover with more dirt. Tape the cut edges together and simply remove the cap for air transpiration.

Cardboard orange juice or milk containers can be used with a baggie. Cut them in half, horizontally or vertically, make the drainage slits and sow your seeds by the same method above. Slip the flat into a baggie, tie it closed with a twist tie or a knot and use the knife to make a few slits for air transpiration, put a few slits in the bottom of the baggie for drainage.

Coolwhip tubs: Make the drainage slits, sow your seeds as above. Take a scissors and cut out the center of the lid, leaving about an inch around the inside of the rim. Put a piece of saran wrap over the tub, put on the lid. This holds the saran wrap "window" snugly. Take the knife and make some slits in the saran wrap for air transpiration.

One of the best sources for freebie flats is at the supermarket. They put all the bakery cakes and cookies in clear plastic containers with domed lids that snap in place. They use some of the same containers over in the produce section too. Perfect!

I wanted to share a little tip that I thought of while I was doing this. In some of the flats I had more than one color of the same type of seeds, so as a way to mark them I used colored paper clips. I just twisted them and put them in the dirt next to the rows and I have a easy way to mark them!

I just found a new mini greenhouse source for winter sowing outdoors....those black plastic containers with the clear domed lids that deli roasted chickens come in! A friend of mine buys many of these and has saved the containers and she gave them to me. I heated a knife in the gas flame on my stove and made slits in the clear cover and the black base. They snap together securely and I'm ready to plant!

A treasure I found was a big box of freezer boxes with the lids. They had been packed away in a storage house and will never be used again for freezing vegetables. I poked holes in the top and the container, filled it about half full of soil and it makes a nice container for a few seeds.

One of my favorites that I've used so far is the tins that my muffins come in. They are easy to handle and I can put a few different types of seeds in one flat without mixing them up.

Costco (BJ's, Sam's Club, etc) sell two dozen mini-croissants in party trays with a clear plastic covering that is about 3 1/2 inches tall...it snaps together and holds 24 of the 2 1/2 inch jiffy pots perfectly!! I find that the added height works much better than those mini-greenhouses that hold 72 jiffy pellets.

I went to the supermarket today to pick up a few things. The local Stop N Shop has a salad bar. I saw several sizes of foil tins with matching clear lids. I grabbed the largest one and put in some sliced zucchini, some cauliflower and broccoli pieces, some sliced red bell peppers, some mini carrots, and some chopped red onion....fabulous. I put the lid on and I heard in my head the "Hallelujah Chorus". I had just "scored" prepared fresh veggies for stir-fry AND a fabulous container too. When it's right you know it!

Go to the fish dept. of your supermarket and ask for the styrofoam containers that fish are shipped in. Their inside measurements are about 10 x 14 inches, and some are larger. Ask that these be saved for you. Otherwise they are discarded. Yes, discarded, tossed into the compactor. Do your bit for the environment by bringing some to your garden club and introduce the idea.

I have been saving the styrofoam cups and clear lids from Sonic whenever I go. They already have a strawhole in the lid for transpiration and all you have to do is poke a hole in the bottom and fill w/dirt. Plus, they are easy to write on and a good size if you are sowing seeds that need to grow on in a container for a while before transplanting. Then when I am finished w/them I can pitch them w/a clean conscience!

I grow things in cardboard grocery boxes with hefty bags in them.

My daughter brought home a quart of ice cream from Baskins Robbins. The container is white plastic with a white lid -- think it will be great for sowing -- I already have designs on it for sowing seeds.

The large trays that are used for deli sandwiches or a platter of meats and cheeses for making sandwiches make a nifty mini greenhouse. I punch holes in the clear plastic lid by inserting a scissor blade and turning it in a circle (you end up with holes, not just slits), put my styrofoam meat trays filled with my WS seeds on the tray and put the lid on securely. If we have a heavy rain, I check the tray for standing water and tip it out if needed. Other than that, no other maintenance is necessary.

Add another fast-food place! Went to Taco Bell and got one of those new "Border Bowls". You get a black plastic bowl with a clear plastic dome lid. The first thing I thought of was planting something in it!

I love plastic bottles. I toss the cap on all of them for air transpiration. My fastest bottle that I can make so far is a gallon milk jug. I hold it by the handle and take four snips into the bottom with my scissors where it bends up to become the sides, one snip per side. Then I pinch a corner about three inches up from the bottom, give a snip, and then go around it with the scissors and leave about a couple of inches uncut so I can hinge the top backwards. Easy!

At the Stop N Shop where I now work, they make fruit & vegetable trays up in great winter sowing containers - 4-6 plastic compartments with a lid.

I took the bottom half of my 2 litre bottle, and folded the rim in just the tiniest bit....you have to really play with it, to make the fold small enough...kind of like the gather you might see at the waist of a skirt...if you can get it super tiny, like say an eighth of an inch or so, and staple the little fold in place with a couple of staples, then the upper rim will fit down over the lower half snuggly and you won't have to be messing with tape outside in the middle of winter. I've tried it several times, and it works pretty well once you get the hang of it.

Salvage 12 Fun Light Fixtures Made From Found Objects
By Becky Harris
Trash became treasure in these one-of-a-kind lights. See if they inspire your own DIY pendant project
Full Story 59

Labeling Flats so the Name Doesn't Fade from the Sun
Winter Sowing Seed Exchange FAQs ~ How do I initiate a trade with ano
Do I have to sow all the seeds at the beginning of Winter?
When should I stop?
We don't get snow during our winter....can I still Winter Sow?
Browse Outdoor Photos on Houzz 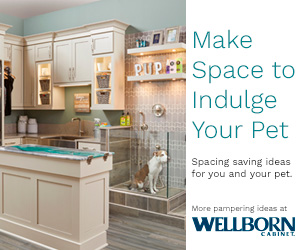