I have/had a friend who i've been friends with for YEARS and he recently lost two loved ones. One loved one was an elderly person, who my friend was close to and the other was a sibling who was murdered.

This all happened about 4-5 months ago, and our friendship turned for the worst! The worst it's ever been EVER! we did not have problems with each other at all, but after his losses, he just stopped talking to me, I kept trying to get answers as to why things were changing and what exactly was going on, but no real luck.

He would talk to me but not really (if that makes sense). I eventually thought he wanted nothing to do with me anymore and it hurt so bad because...

1. He has ALWAYS talked to me and been open about anything

2. Nothing happened between us, he just flipped on me after his losses

I eventually thought maybe to just tell him if he wanted nothing to do with me anymore to NOT respond to the message, he did respond but still not saying much...2 weeks later he initiated contact but it was very short and casual.

We haven't spoken since and that's been 2 months ago I have to say we are friends but have also liked each other over the years but because of other relationships we've always kept it at a friendship with no problem.

This past year has been different from the other years with him breaking up with his gf and wanting to date me...& that's where we were before all this happened, they were broken up and we were talking more seriously...after his losses, that changed he immediately got back involved with her.

now, i really am ok with that...i miss my friend, the friend i've had since I was a kid, who I've never had any issue with even CLOSE to this before! but I just thought i'd throw that info in there because I want to be completely honest about the situation

although he in not dead, i feel like i've lost a friend and it wasn't even because of anything that went wrong between us...it makes me grieve like he's dead sadly

please any advice? thanks!

Grief is not just grief;
it's shock & stress & disorientation.

It may be that he needs the gf, needs somebody familiar, needs that stability.

& she may be unhappy that you & he were getting closer, & in order to keep their relationship on an even keel, he doesn't want to ruffle her feathers right now.

In your boots, I think I'd be sure to send a little message of some kind periodically, maybe twice a week, just a little email saying something light (I saw a sale on those sunglasses you like, I'll be at the library Wednesday evening, we could get a coffee before or after, here's a joke of the day).

I wish both of you the very best.

I just did not feel like talking to anybody, I felt that I just wanted to deal with my grief on my own. There was not one thing anyone could say to me to help me, not even my close family.

I found grief to be a very lonely time for me.

It is difficult for you - but it is time to be a real friend and just let him deal with his grief in his own time. Perhaps you could just say "I am here when you decide you would like to meet up for a cup of coffee".

I think what Syviatexas says, above this post, is really nice. I would love someone to have said that to me. What a lovely understanding friend you are Sylvia.

" I think I'd be sure to send a little message of some kind periodically, maybe twice a week, just a little email saying something light (I saw a sale on those sunglasses you like, I'll be at the library Wednesday evening, we could get a coffee before or after, here's a joke of the day). "

Like Save     August 25, 2013 at 9:22PM
Browse Gardening and Landscaping Stories on Houzz See all Stories

Houseplants Mother-in-Law's Tongue: Surprisingly Easy to Please
By Sara Rivka Dahan
This low-maintenance, high-impact houseplant fits in with any design and can clear the air, too
Full Story 40

Kitchen Storage Knife Shopping and Storage: Advice From a Kitchen Pro
By Tiffany Carboni
Get your kitchen holiday ready by choosing the right knives and storing them safely and efficiently
Full Story 61

Shouldnt I have cried
7
I have lost my Mother, my best friend
35
Sudden Witnessed Death of Spouse
11
I want my Mom
4
A true description of: the death of a spouse
4
Browse Outdoor Photos on Houzz 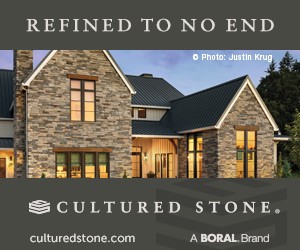