I had a productive weekend!

Since we just moved into this house last fall, there has been a list of 'major projects' that needed to be done before I could start treating myself to creating a cottage garden. I'm happy to report I got two of them done this weekend! I cleaned out the square front flowerbed where DH put his flagpole (heavy layer of weeds in hard-packed clay soil), filled it with mulch and a couple large containers, and got his petunias planted - I told him that filling the rest of the space was up to him!

I also tore out and rebuilt a small section of drystack stone retaining wall that had washed out sometime before we moved in - of course, because it didn't go back together the same way it was originally built, it now looks like it needs a nice capstone layer to be completely finished. But, I am completely bushed and happy enough with it that I will be ready to plant my giant blue hostas and other goodies when they arrive in the mail this coming week.

After that, I can start thinking seriously about how to expand the lone perennial bed here that will become my cottage garden! (The final large project is a horrificly large and unproductive vegetable garden which will require an entire weekend or more unto itself to really be cleaned out. I have to wait til I have the money to pay someone to do some hauling before I can tackle that.)

The cottage garden area is shown in the photo below, and the link takes you to the photo album of new pictures of our property from this weekend, after we had mowed but before I put in the new wall and petunias.

Here is a link that might be useful: New house and yard

LIFEYou Said It: ‘They Looked at Me Like I Had 10 Heads’
By Becky Harris
Design advice, inspiration and observations that struck a chord
Full Story
11

HOUZZ TOURSHouzz Tour: A Barn House Welcomes Weekenders
By Houzz
With lovely lounging areas and a kitchen that can handle a crowd, this retreat in the hills of New York is made for entertaining
Full Story
38

HOUSEKEEPINGTo Do: Choose Your Weekend Project
By Natalie Myers
You know the one — it's been hanging over your head for months. Just pick one from your list to do now, and enjoy the change
Full Story
29

DECORATING GUIDES5 DIY Decorating Projects Perfect for the Holiday Weekend
By Cathy Rebecca
Spend that free day making something new and creative for your home, to admire long after the weekend is over
Full Story
25

LIFESimple Pleasures: A Relaxed Weekend at Home
By Laura Gaskill
To recharge your batteries, think about what you want to do, not what you have to do, during your precious respite
Full Story
47

DECORATING GUIDESWeekend Project: DIY Side Table With a Novel Twist
By Erin Lang Norris
See how to make this clever $30 over-the-sofa table for your coffee and book
Full Story
17 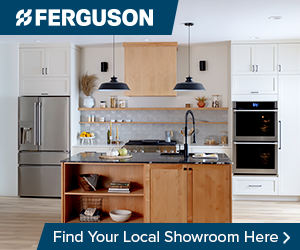