pests on my milkweed

This is my first butterfly garden. My milkweed is looking terrible.Falling leaves, turning yellow-black spots. It is being attached by just about everything from aphids, black and orange beetle bugs, green worm/cat looking thing to ants and cute tiny cats. I don't know what to do! I'm scared to spray them with water and knock off any eggs or small cats. I picked up insecticidal soap spray but am very nervouse to use it too. Please help don't know what to do. I will try to post a picture to show what's happening. I live in Northern Florida and don't know if it is too warm for ladybugs...

GARDENING GUIDESGreat Design Plant: Milkweed
By Benjamin Vogt / Monarch Gardens
Quit cringing. This not-weed plant is a sight to behold in the garden, has a delicious vanilla scent and is a magnet for butterflies
Full Story
50

GARDENING GUIDESThis Fly Is One of the Most Beneficial Insects Around
By Pollination Press LLC
Meet the syrphid fly, a colorful pollinator that also beats chemicals for controlling aphids and other garden pests
Full Story
12

GARDENING GUIDESCentral Plains Gardener's July Checklist
By Benjamin Vogt / Monarch Gardens
Can you believe there are only 2 important garden tasks this month? Find out what they are here
Full Story
2

GARDENING FOR BUTTERFLIESBe a Butterfly Savior — Garden for the Monarchs
By Benjamin Vogt / Monarch Gardens
Keep hope, beauty and kindness alive in the landscape by providing a refuge for these threatened enchanters
Full Story
165

GARDENING GUIDESTop 10 Native Plants for the Northeast
By Ellen Sousa/Turkey Hill Brook Farm
For a low-maintenance, wildlife-friendly landscape, use native plants adapted to the climate and range of soils in the Northeast
Full Story
21 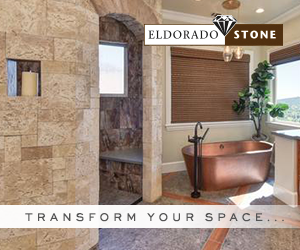