There I go again in Novice mode, hardly "Artist." :)

I noticed today that a few of my bushes had holes in previously pruned canes. I kept cutting down and the damage kept going. One of them took it all the way down to to the bud union which made me wonder if that rose (Dick Clark) is doomed, despite nice blooms even with over half defoliation; the latter I had attributed it to black spot. There were several canes with holes but the others did not go all the way down. I ended up pruning the living lights out of this bush and now it looks like a radical pruning in the winter. I sealed the freshly pruned canes.

I had never taken the advice about sealing pruned case with Elmer glue seriously. I thought along the lines of "it won't happen," irrationally so, obviously.

In early spring there will be one more task to add - the sealing of freshly pruned canes.

Now I wonder what will be the consequence of this early / out of season hard pruning.

GARDENING AND LANDSCAPINGGrow a Lush Privacy Screen
By Christine Tusher
No need to wait forever for patio privacy the green way. These 10 ideas will get your screening up and running in no time
Full Story
181

FALL GARDENING7 Reasons Not to Clean Up Your Fall Garden
By Benjamin Vogt / Monarch Gardens
Before you pluck and rake, consider wildlife, the health of your plants and your own right to relax
Full Story
258

LIFEOh Yeah, There’s a Snake in the House
By Becky Harris
A Houzz contributor lives through her worst nightmare and comes out the other side with lessons learned and new footwear
Full Story
207

DECLUTTERINGEscape the Inheritance Trap: What to Do With Sentimental Pieces
By Glamour Nest
Too meaningful to toss but too hideous, precious or unusual to display? These ideas can help
Full Story
369 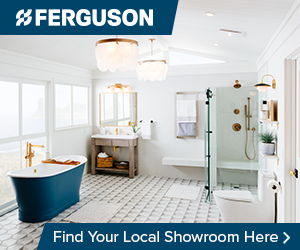 I am looking for help identifying what is wrong with these two roses.
8