Small trees came back on one side only, winter or disease?

The two trees in the picture below seem to have been affected by either winter or the same disease The redbud to the right lost its leaves on the exact same side last year during its first summer. That was due to an insufficient watering problem that I caused The Japanese maple survived many winters but this year it came back as in the picture. Not sure what is going on Is this a disease or they are affected by winter

I also have two climbing roses that died back all the way to the ground. I have been struggling with these for years and I can't get them to grow and climb due to these diebacks

CHRISTMASNot Up for a Big, Decorated Tree? Try One of These Ideas
By Erin Carlyle
If you’re not home much at the holidays or are a minimalist at heart, these 4 simple tree ideas may work for you
Full Story
30

FARM YOUR YARDIf You Have Room for Only One Summer Crop ...
By Bill Marken
Get an edible that’s long on flavor even if you’re short on space, with a long-time gardener’s favorite picks
Full Story
54

HOUSEPLANTSCandelabra Tree Is One Cool Cactus Look-Alike
By Lauren Dunec Hoang
Here’s everything you need to know about growing this dramatic, easy-care plant indoors
Full Story
16

GARDENING GUIDESHow You Can Rejuvenate Your Citrus Trees This Winter
By Noelle Johnson Landscape Consulting
Give citrus trees a fresh start with these simple tips, and enjoy their abundant fruit and beauty
Full Story
13

SMALL HOMESMy Houzz: The Antidote to Dreariness, in One Small Brooklyn Apartment
By Chris Dorsey Architects, Inc
1. Stir spirited colors together. 2. Sprinkle in playful decor. 3. Top off with the striking creativity of the gifted artist who lives there
Full Story
50 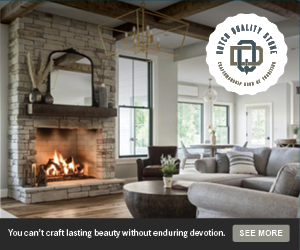 Is my Autumn Maple Blaze tree dead or can it be revived?
4
What tree has the most invasive roots?
5

are my beeches ok?
2