Lasy Spring we did some terracing in our hillside, adding retaining walls to gain some flat spots.

Retaining Wall: I did a jar soil test, see pic. When I was digging the dirt for the test there were worms in the soil which seemed like a good thing. Results show there is about 1% clay and no organic matter, 74% sand, 25% silt- so that makes loamy sand? sandy? sandy loam? I can't tell because the lines do not intersect on the soil test chart. In any case, I do not want to engage in an endless battle if neccessary. Can I use plants that would like this type of soil and be good? Russian Sage, Blackeyed susan, Lavender??, Hostas, COneflowers? Will I need to constantly emmend the soil with compost? Do I need to start a compost farm?

Sad Lawn: My landscaper insisted that after we shaved the hillside off 6-24" we would only need a 2" layer of topsoil and the grass would grow. And it did, for a second, now its like dead hay. This is a very difficult location to get access too so I am trying to avoid bring in any heavy equipment or lots of material. I read about "BIOChar", that is great for sandy and nutrient weak soil. Would it work to help improve the soil structure??

HOMES AROUND THE WORLDHouzz Tour: House on a Slope Goes Upside Down to Let In Light
By Melissa Cowan
The living areas in this contemporary Australian home move to the top floor, with the bedrooms down below
Full Story
32

BEFORE AND AFTERSHouzz Tour: A Georgia Foreclosure Gets a Major Overhaul
By Fred Albert
Gutting and redesigning turn a mishmash 1925 home into a unified haven with better flow
Full Story
106

MY HOUZZ TVMy Houzz: Neil Patrick Harris Gives His Brother a New Backyard
By Mitchell Parker
The actor works with designers to create an inviting deck and pollinator garden, as well as a renovated family room
Full Story
136

GARDENING GUIDESHouzz Call: Show Us Your Backyard Rain Barrel
By Annie Thornton
As we head into the cooler months, our thoughts turn to rain — and rainwater collection
Full Story
43

DECLUTTERING8 Times in Your Life to Take Advantage of a Major Declutter
By Laura Gaskill
A new house, job or baby — these and other turning points offer a chance to discard stuff you don’t need or love
Full Story
53

INSIDE HOUZZThere’s a Party in the Backyard, Says a Houzz Landscaping Survey
By Mitchell Parker
Entertaining, growing edibles and solving problems are goals for homeowners planning to revamp their yards
Full Story
70 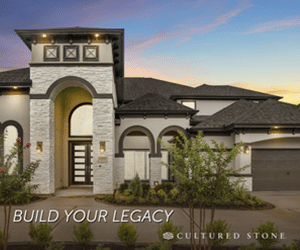